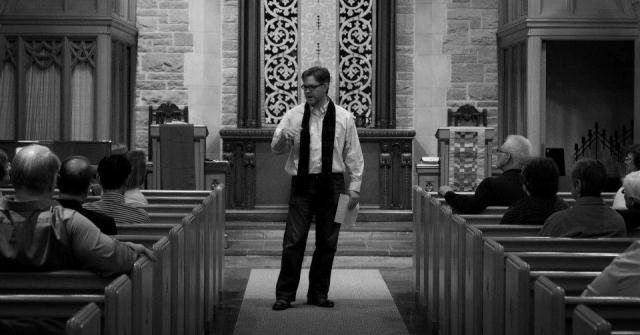 Westminster College will return to a century old tradition when the 2014 graduates enter the First Presbyterian Church of Fulton for the 10:30 a.m. baccalaureate service on Saturday, May 10.

For more than a century from the time of Westminster’s founding, baccalaureate had been held in the First Presbyterian Church sanctuary.  Only in recent years was the ceremony moved to the Church of St. Mary the Virgin, Aldermanbury on campus.

This year’s baccalaureate service at First Presbyterian Church, which is located at 718 Court Street, is open to the public.  Several surrounding Fulton churches have agreed to open their parking lots to accommodate those driving to the ceremony. 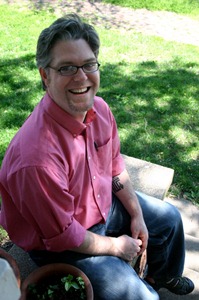 “With this return to tradition this year, we affirm and celebrate Westminster’s historical relationship with First Presbyterian Church,” says Rev. Jamie Haskins, College Chaplain and Director of Spiritual Life.  “At the same time, we also celebrate the many religious traditions represented within the Westminster community and the vibrant theological diversity present on our campus.”

Westminster’s baccalaureate speaker this year is Rev. Landon Whitsitt, Executive and Stated Clerk of the Synod of Mid-America of the Presbyterian Church (USA).

Rev. Whitsitt is a theologian, writer, actor, speaker and artist.  A former congregational pastor, he completed a two-year term as the Vice-Moderator of the 219th General Assembly of the Presbyterian Church (USA) in 2012.   As a musician, he has led worship for many local, regional and national conferences and has recorded two albums of worship music with his band eighth day collective.  He also has written two books, Open Source Church: Making Room for the Wisdom of all and Theology Is Art, as well as produced two critically acclaimed podcasts, Landon Explains It All and The Phoenix Journal.  Until fall 2011, he was the co-host and producer of God Complex Radio.

Commencement exercises for members of the 2014 Westminster graduating class will be held in the afternoon at 2 p.m. in Champ Auditorium.  Only those with a ticket will be admitted.