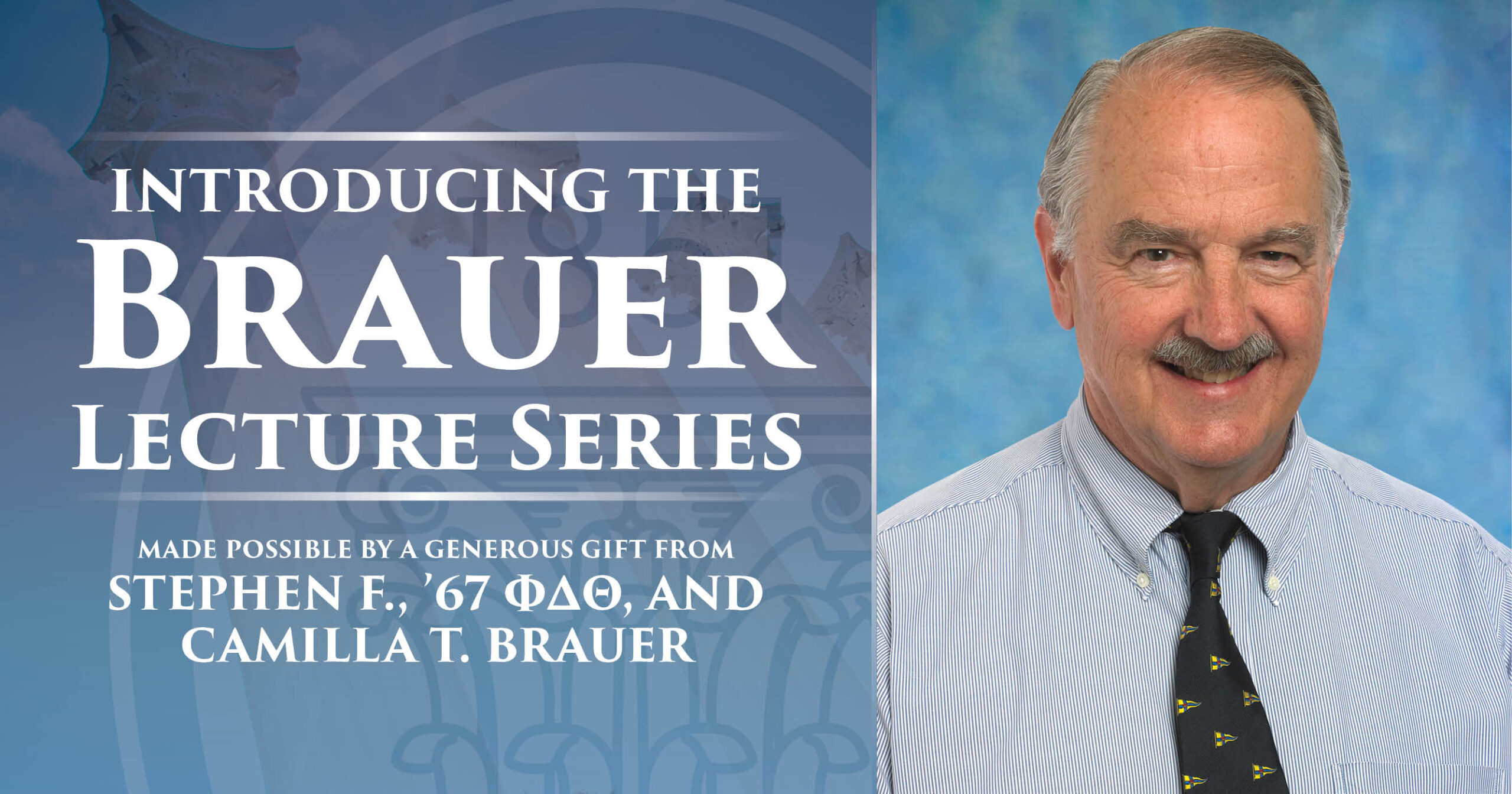 A new lecture series at Westminster College promises to bring to campus world-renowned speakers who will tackle the subject of free enterprise in the United States. The eagerly anticipated first Brauer Lecture will take place at 10 a.m. on Friday, April 17, 2020, in the Church of St. Mary the Virgin, Aldermanbury.

Dr. Jeremy Straughn, Assistant Dean for Global Initiatives and Director of the Churchill Institute for Global Engagement, explains that the Brauer Lecture Series is designed to augment the student experience at Westminster.

“The Brauer Lecture Series is intended to further students’ development by giving them a chance for dialogue with leading scholars who bring fresh perspectives on the role of markets and free enterprise in world affairs,” Straughn says.

Sponsored in conjunction with the Olin School of Business at Washington University in St. Louis, MO, Brauer Lectures offer more than business and public policy speeches to students. The lectureship will highlight the leadership characteristics of those who deliver the lecture. Featured speakers will be encouraged to discuss how their values guide their daily lives while also highlighting the importance free-market economics.

The lectureship is made possible by a generous gift from Stephen F., ’67 ΦΔΘ, and Camilla T. Brauer of St. Louis.

“The College is highly grateful for the generosity that Stephen and Camilla have shown in founding this lectureship,” says Westminster President Fletcher Lamkin. “Stephen really is an excellent example of someone in our alumni community who has succeeded in his field and chooses to thoughtfully guide the next generation of his alma mater.”

A native of St. Louis, Brauer is a 1996 Alumni Achievement Award honoree and a Winston Churchill Medal for Leadership recipient. In addition, he has earned an honorary doctor of laws degree. Brauer also is a faithful President’s Club member.

Brauer has served on the boards of the St. Louis Art Museum, St. Louis Country Day School, Missouri Botanical Garden and St. Louis Area Council of Boy Scouts. He is a trustee and former board member of Washington University.

Straughn adds that the Brauer Lecture Series forges a new relationship between Westminster and Washington University: The same lecture will be delivered back-to-back on both campuses.

“This series is a new bright star in Westminster’s constellation of prestigious lectureships,” Straughn reflects.

For more information on the Brauer Lecture Series, please visit our website here or email Dr. Jeremy Straughn at Jeremy.Straughn@westminster-mo.edu .