Alumna Discusses How She Discovered Her Life’s Mission at Westminster 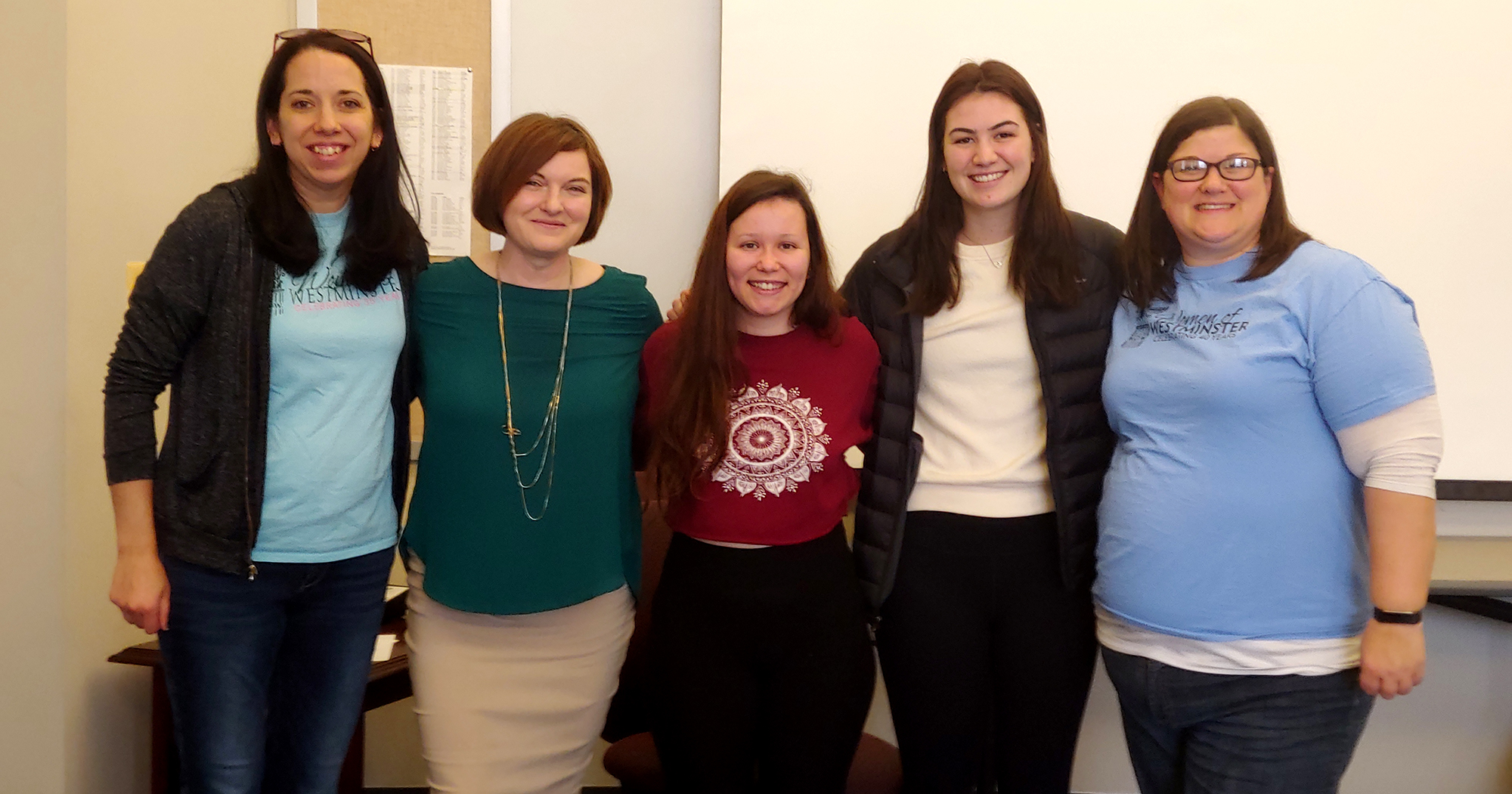 Jessica (Landsbury) Naslund, ’05, knows exactly where was when she discovered her life’s mission — in a Psychology as a Social Science class on her first day at Westminster College.

Just before the COVID-19 pandemic forced campus to close, Naslund returned on Feb. 28 to the same room in Reeves Library where that first class met nearly 20 years ago. This time, Naslund stood in front of Hazel 112 and spoke as an expert about “Exploring Social Work and Advocacy.”

Before a group of about 30 students, the licensed clinical social worker became emotional while recalling guidance she received at Westminster during her undergraduate education. The support the psychology and political science major received eventually helped her double down on her student internship at the Coalition Against Rape and Domestic Violence in Fulton, MO.

“The memories of that internship, which led to a paid position and a lifetime of connections, flooded back,” Naslund reflects. “I shared, a bit teary-eyed, I might add, about my career path.”

Originally from Osage Beach, MO, Naslund is the owner of a counseling business in St. Louis, MO. She was scheduled to receive a Young Alumni Achievement Award in April during Alumni Weekend 2020. The annual event has been postponed to Oct. 2-4 as a result of the global pandemic.

Dr. Kali Wright-Smith, Director of the First Year Experience and Co-Director of the Remley Women’s Center, says that Naslund’s talk was inspiring to students, particularly those majoring in psychology.

“She spoke at length about the experiences she had at Westminster and how she expanded her skill set as a clinical social worker, as a worker in sexuality education and as an advocate,” Wright-Smith reflects.

After graduating from Westminster, Naslund went on to earn a master’s degree in social work and a certificate in Non-Profit Management and Leadership from the University of Missouri-St. Louis. Naslund also is a certified sexuality education supervisor for the American Association of Sexuality, Educators, Counselors and Therapists (AASECT). She says seeing eager students pack Hazel 112 for her presentation gave her hope. Naslund knows from experience that they will positively affect the lives of others.

“I believe that is the most poignant argument I could make about the benefits of Westminster College’s impact on my world and why others should attend,” Naslund says. “The institution motivates its students to make a difference and be leaders of worth.”