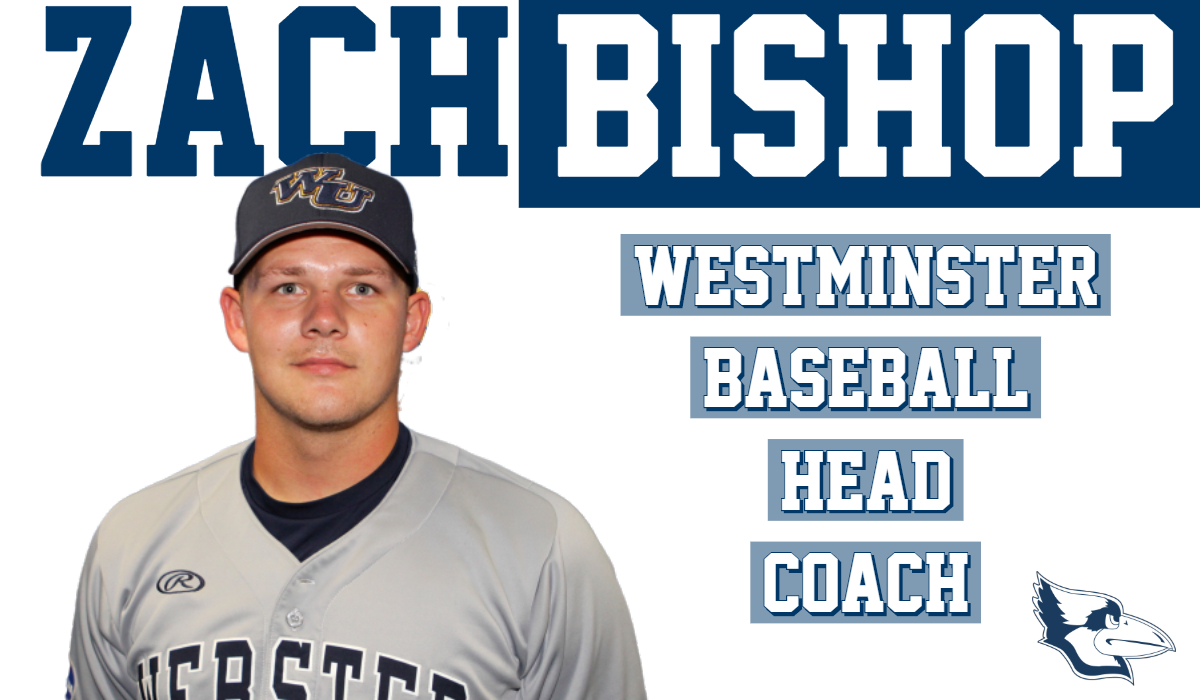 On Tuesday, Director of Athletics Matt Mitchell announced Zach Bishop as the eighth coach for the Westminster baseball program since 1989.

Bishop replaces Denny Hughes, who retired at the end of the 2019 season. In Hughes’ eight seasons, the Blue Jays made the conference tournament seven times, including one championship.

“I am pleased to bring Zach to our staff,” said Mitchell. “He brings with him experience in the St. Louis Intercollegiate Athletic Conference as both a player and a coach and knows what it takes to succeed at this level. We’re also thrilled he knows the mid-Missouri area well and will be a successful recruiter for Westminster.”

Bishop comes to the Blue Jays after two years as an assistant at Webster University. He worked with the hitters and catchers and took on many of the team’s recruiting responsibilities.  This season, Webster was a participant in the NCAA Division III College World Series after taking first place in the SLIAC Tournament.

“Westminster has a strong tradition and does things the right way,” said Bishop. “The facilities on campus are beautiful and it’s a great place to get an education. The baseball program has consistently been successful and returns many impactful players from last season. This is a place where special things can happen.”

In his first season with the Gorloks, the team recorded a school record 38 wins and recorded a team average of .321.

Prior to coaching at Webster, Bishop was the captain of the Gorloks baseball team. He spent his first two seasons playing at John Wood Community College where he primarily was the catcher while also spending time at first case. He was a team captain and earned first team All-MWAC in his sophomore season.

“My goals are to build on what this program already has going,” said Bishop. “Winning is always going to be a priority and an expectation, but I want to develop our guys into the best athletes and people they can be. I want them to succeed on the field, in the classroom, and in their lives. I plan to continue the streak of making the conference tournament and finding a way to win it. My ultimate goal is to improve every day and create a culture of accountability. I want the guys to leave the program a better man.”

Bishop graduated with his associate’s degree in 2015 and finished his bachelor’s in criminology at Webster in 2017. He is from Marshall, MO, where he attended Marshall High School.