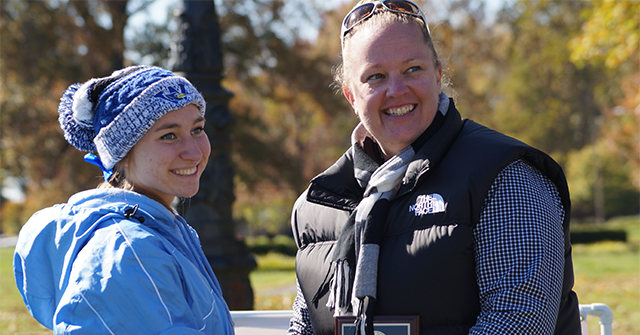 Junior Claire Gibby was named to the First Team All-SLIAC after her fifth place finish at the Championship. She led the way for the Westminster Blue Jays with a 24:14.29 6K time.

Freshman Alex Rauscher placed 34th, earning the Blue Jays 29 points with her 27:35.35 time. Senior Tiara Pettijohn earned 34 points in her 28:07.54 finish. She was also named to the SLIAC All-Sportsmanship Team.

The Blue Jays will head to the NCAA Regional in Oshkosh, Wisconsin on November 15.