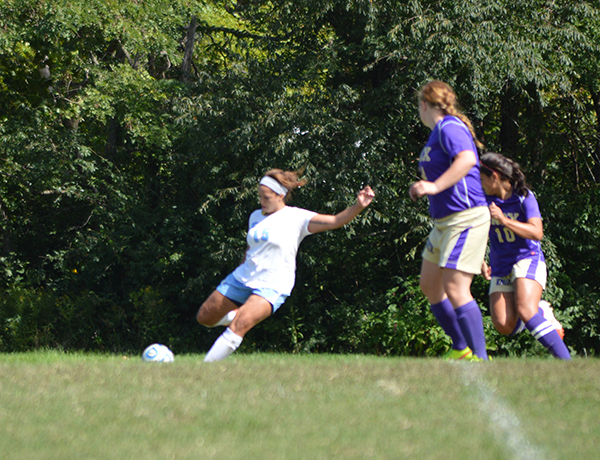 Pohtos put the first point on the scoreboard in the 34th minute with an assist from junior Monica Bittner. The goal later become the game-winning goal that tied the career record.

Bittner scored her sixth goal of the season in the 42nd minute off an assist from junior Ashley Schimmel, sending the Blue Jays into halftime with a 2-0 lead.

With 1:50 left in the game, Pohtos added an unassisted goal to bring the Blue Jay lead to 3-0.