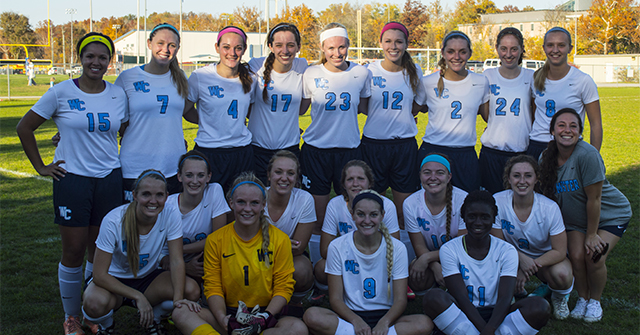 The SLIAC Semifinal rounds will be held on Wednesday, November 5, at the first and second seed’s campus. The Westminster Blue Jays will travel to St. Louis, Missouri to take on Webster at 6:00 p.m. while Principia travels to Fontbonne.

The two semifinal winners will head to the SLIAC Championship game. It will be played at the highest remaining seed’s campus at 7:00 p.m. on Friday, November 7.

Webster leads the series with Westminster, 22-0-0. Earlier this season, Westminster fell to Webster at home, 3-1.

This is the first tournament appearance for the Blue Jays since 2006.