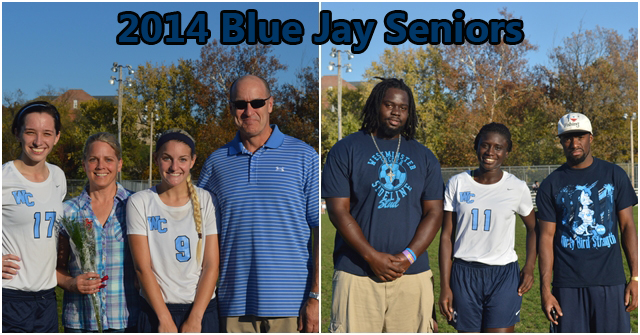 The Westminster women’s soccer team fell on Homecoming to Principia, 2-0. The Westminster Blue Jays are now 7-6-1 on the season and 4-2-1 in conference play.

The Principia Panthers scored within ten seconds of the first touch to take the 1-0 lead. SeniorNyima Njie took a shot on goal in the 5th minute, but the Panther’s goalkeeper was able to save the shot. In the 41st minute, freshman Honor Kehde had a shot on goal, but the goalkeeper was able to save it again. The Blue Jays were unable to take another shot, sending the game into halftime with Principia leading 1-0.

Principia slid the ball into the net for their second goal of the game in the 63rd minute. The Blue Jays took two shots throughout the second half, but could not find the net, ending the game with a 2-0 loss.

Sophomore goalkeeper Ellen Woolsey was credited with the loss. She saved two shots.

The Blue Jays travel to St. Louis, Missouri on Tuesday, October 28 to face the undefeated in conference Fontbonne University at 6:00 p.m.