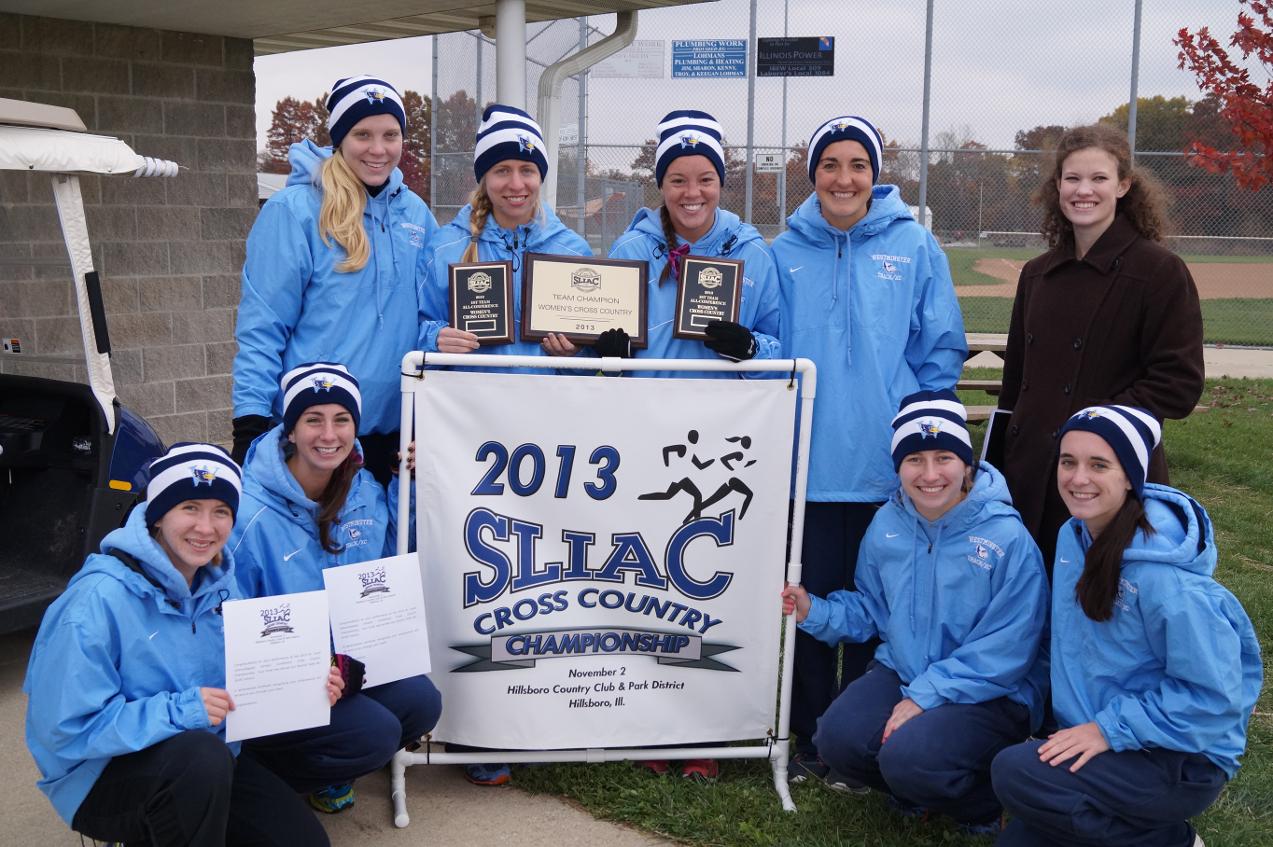 The Westminster men’s and women’s cross country teams competed in the 2013 St. Louis Intercollegiate Athletic Conference Championship Saturday morning. The women’s team owned the 6K race, finishing in first by a landslide. They tallied 47 points, with the next lowest point total of 75, and averaged a 23:39.97 race. The men’s team took fourth place, averaging a 26:47.16 8K. Head Coach Jim Marshall was named SLIAC Women’s Coach of the Year.

The Blue Jays will head to the NCAA Regionals in two weeks, November 16, in Rock Island, Illinois. The race will start at 11:00 a.m.

-For the video of today’s women’s race and interviews, click HERE