Will Named SLIAC Player of the Week 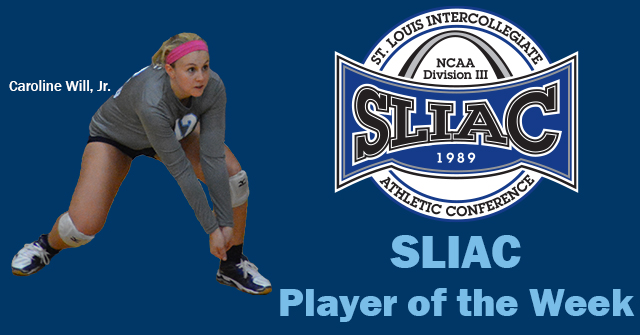 Westminster’s volleyball player Caroline Will was named the St. Louis Intercollegiate Athletic Conference (SLIAC) Defensive Volleyball Player of the Week for the week of September 22-28.

Will, a junior from St. Louis, Mo., propelled the Blue Jays defense this week in a pair of conference matches including her program’s first win over Webster in 11 years. Will recorded 22 digs and five assists in a four set loss to #4 ranked Washington University-St. Louis. Will then finished with 22 digs in a sweep of Webster and closed out the week with 21 digs against first-place Greenville. On the week Will averaged 6.14 digs per set while adding 14 assists.

Westminster volleyball sees the court again on Tuesday, September 30 at home with a match versus MacMurray at 7:00 p.m.