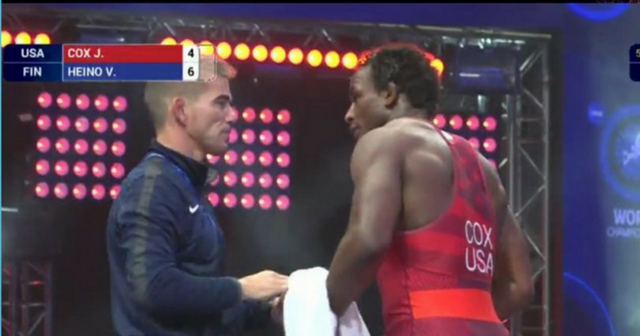 Mike Eierman and his brother, Tony, were selected as the first wrestling coaches in Westminster NCAA history last winter, but they come to Fulton with a wealth of world-class experience.

Mike’s most recent endeavor was coaching Mizzou’s J’Den Cox in the World Championships in Paris in late August. Cox, a bronze medalist in the 2016 Olympics, has been wrestling under Eierman’s watch for most of his life.

“This has been an amazing journey,” said Eierman of his time with Cox. “I’ve had the opportunity to see him develop, struggle, and find his way through.”

Despite the tournament occurring over the course of just a few days, Eierman and Cox arrived in Germany almost two weeks before their first fight to become acclimated to the time change. After eight days in Germany, they then traveled to Paris for five days to continue to acclimate to the new territory before finally competing.

“This was one of my favorite experiences thus far, even more so than the Olympics,” said Eierman. “I learn so much from these athletes and their day-to-day decisions. It’s easy to learn from the top in the world, and I picked up new things every day.”

The duo competed in four matches during their time in Paris, with J’Den earning come-from-behind victories in the first two matches against Germany and Poland.

“Going into the match, I knew J’Den didn’t know that Ganev was a former champion, and I didn’t tell him either,” said Eierman. “Only after the match did I let him know that he just overcame a world-class wrestler and former champion.”

Eierman says he returns from the trip excited as ever to build the program at Westminster.

“Everything I’ve learned here will come with me back to Westminster,” said Eierman of his experience. “I’ll take what I learned and continue to add to it. This trip solidified what I’m doing at Westminster and how we can continue to grow.”

“I’m so ready to go and put Westminster on the map and let people know we’re here to stay,” continued Eierman.

Westminster currently has 11 members on the men’s wrestling squad for the 17-18 season.