Slow Start For Westminster Proves Fatal In Loss To Greenville 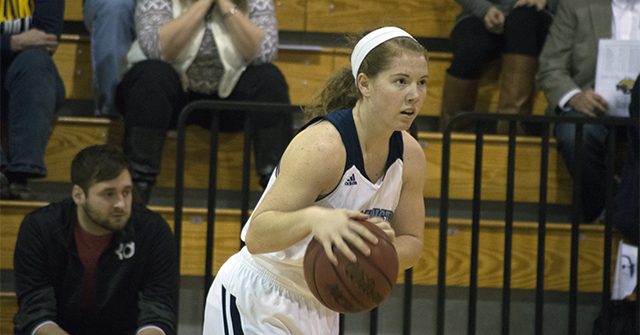 The Westminster women’s basketball team scored just 13 points in the first half of Saturday’s 50-40 loss to Greenville College. The Westminster Blue Jays outscored the Greenville Panthers in the second half, but not enough to win their second conference game. They are now 2-3 on the season and 1-1 in conference play.

“As tough as a loss like this is to take, we’d much rather it happen now than later in the season,” stated sophomore Bailey Mitchell. “We came out slow and gradually chipped away at their lead, but we could not ever gain control.”

The Blue Jays headed into halftime trailing Greenville 24-13. They outscored the Panthers 27-26 in the second half, but it was not enough to cut their first half deficit.

“We know now that we’ve got to come out ready to play,” added Mitchell. “We’re excited to move on and prepare for the rest of the games this week.”

“Our shooting percentages pretty much tell the story,” commented Head Coach Tracey Braden. The Blue Jays shot just 25.8 percent from the field and a mere 30 percent from the foul line. “We played hard and fought back, but we just missed out on a few opportunities.”

The Blue Jays are set to host Rhodes College on Monday at 6:00 p.m. in the Historic Gymnasium.