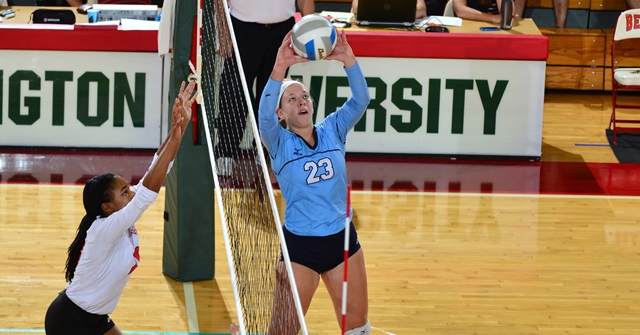 The Blue Jays hit .203 on the match with junior Lexi Collier leading the way with a .400 hitting percentage. Collier put down 9 kills and had four block solos. Sophomore Riley Lawrence grabbed 16 kills and two block solos. Reeg had 38 assists and 19 digs.

Collier and sophomore Amanda Kiso both hit .462 on the match with 7 and 6 kills, respectively. Sophomore Gabby LaRose and freshman Hannah Marshall led the Blue Jay offense with 8 kills apiece. Marshall also led the match with 4 service aces. Junior Caroline Will had 11 digs.

The Blue Jays will close out their regular season and conference season with a match at Principia College. They have already secured a spot in the Conference Tournament.