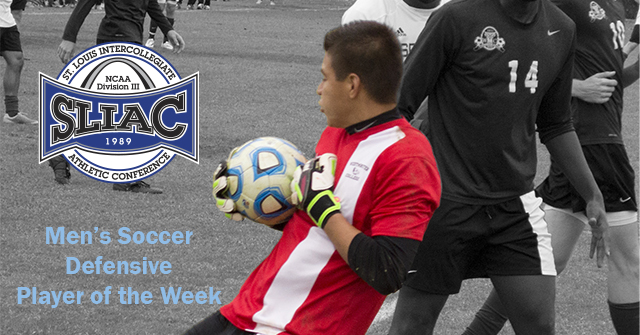 The St. Louis Intercollegiate Athletic Conference (SLIAC) announced the SLIAC Players of the Week, and Westminster’s goalkeeper, sophomore Raul Belman Romero, was selected as the Men’s Soccer Defensive Player of the Week.

Belman Romero, a sophomore goalkeeper, allowed just one goal in two outings in net last week to earn Player of the Week honors. Romero allowed one goal while stopping four shots in his team’s loss to Webster. He followed with a double overtime shutout win over Principia in which he stopped all five shots he faced. On the week Romero finished with a .900 save percentage and a 0.45 goals-against average, stopping nine shots in 200 minutes of action.