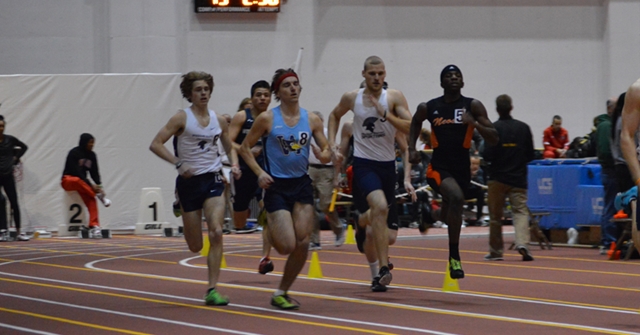 Sophomore Brier Skogsberg rounded out the women’s track portion of the Invitational with a 6th place finish (11:33.31) in the 3000-meter run.

Sophomore Jen Herndon and Smulczenski competed in the field portion of the SBU Bearcat Invitational for the women’s team. Herndon took two 4th place finishes, throwing the shot put 10.18 meters and the discus 25.56 meters. She also placed 6th in the javelin with a 27.8 meter throw. Smulczenski finished with two 5th place finishes in the javelin throw (28.01m) and the discus (25.5m).

Senior Gus Lyles, juniors Dan Breihan and Mike Lutz, and sophomore Christian Houston competed in the field portion of the Invitational for the men’s team.

The men’s and women’s track and field team will compete next in the William Jewell Darrel Gourley Open on Saturday, April 12.