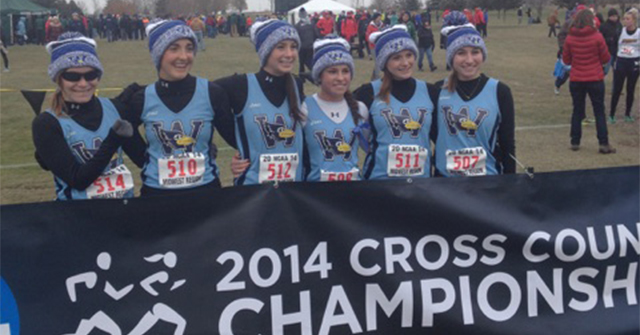 The Westminster men’s and women’s cross country teams attended the NCAA Regional in Oshkosh, Wisconsin on Saturday, November 15. The women’s team placed 30th out of 41 teams in the 6K with 916 points. The men’s team had three runners compete in the 8K, but did not have enough runners to earn a team score.

Senior Daniel Lindaman, junior Jesse Edwards and freshman Nathan Wilson each ran their season best at the Regional. Edwards finished first for the Blue Jays, placing 140th with a time of 27:11.90. Lindaman finished just over one second later, placing 142nd with a 27:13.20 time. Wilson rounded out the Westminster group with a time of 27:53.50 and a 180th finish.