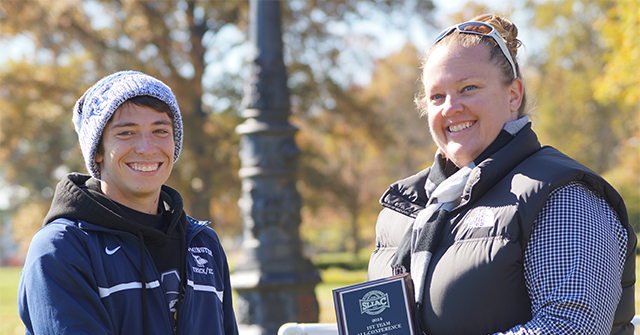 Junior Jesse Edwards finished first for the Blue Jays, crossing the finish line in 7th place with a time of 27:02.42 and earning First Team All-SLIAC honors. Senior Daniel Lindaman crossed shortly after with a 13th place finish and a time of 27:40.32. He was named to the Second Team All-SLIAC.

Freshman Chandler Yeary and senior Spencer Woodford rounded out the Blue Jay team with a 57th and a 62nd place finish, respectively. Woodford was named to the SLIAC All-Sportsmanship Team.

The Blue Jays will head to the NCAA Regional in Oshkosh, Wisconsin on November 15.