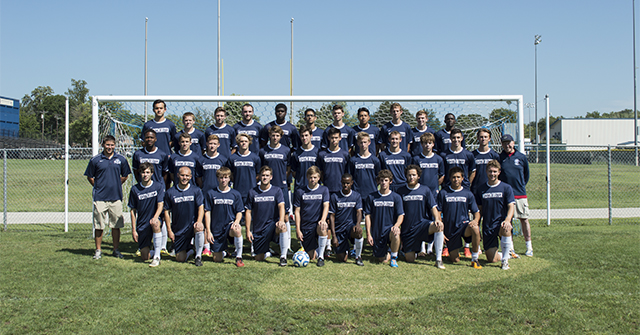 The Westminster men’s soccer team will host Spalding University on Thursday, November 6, for the semifinal round of the St. Louis Intercollegiate Athletic Conference (SLIAC) Tournament.

Westminster leads the series record with Spalding, 4-1-1. Spalding won in the first appearance with Westminster in 2009. Westminster won the following four games, and earlier this season the teams tied, 2-2.

The winners of the each semifinal game will head to the SLIAC Championship game. It will be played at the highest remaining seed’s campus at 1:00 p.m. on Saturday, November 8. The Tournament Champion will earn the automatic qualifier to the NCAA Tournament.

This is the 14th SLIAC Tournament appearance since joining the conference in 1991. The Blue Jays have appeared in the NCAA Tournament twice and advanced to the Sweet 16 Round of the Tournament last year.