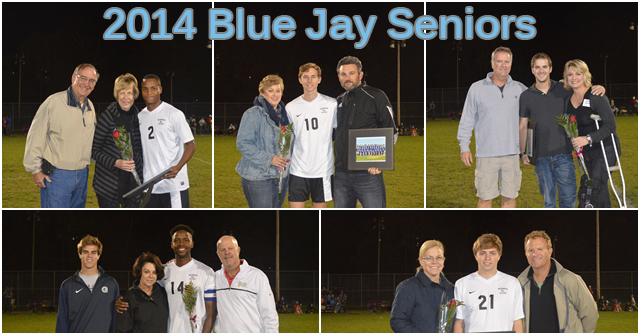 The Westminster Blue Jays scored in double overtime to lift them over Principia on senior day, 1-0. The Blue Jays are now 7-7-1 on the season and 5-1-1 in conference play.

The Blue Jays took four shots on goal in the first half, but Principia’s keeper was there to stop it each time. The Blue Jay defense limited Principia to just one shot on goal, and sophomore goalkeeper Raul Belman Romero had the save.

In the first overtime, the Blue Jays were able to take two shots, but were unable to find the back of the net. The Blue Jay defense held Principia from taking a shot, sending the game into the second overtime.

Principia took the first two shots on goal of the second overtime, but Belman Romero was there with the saves. In the 106th minute, freshman Brendan Smith crossed the ball to sophomoreDrew Cook. Cook shot the ball into the lower left corner of the net for a goal to win the game.

Keeper Belman Romero faced five shots on goal in his third shutout win of the season.