Men’s Soccer Draws Loras In First Round of NCAA Tournament 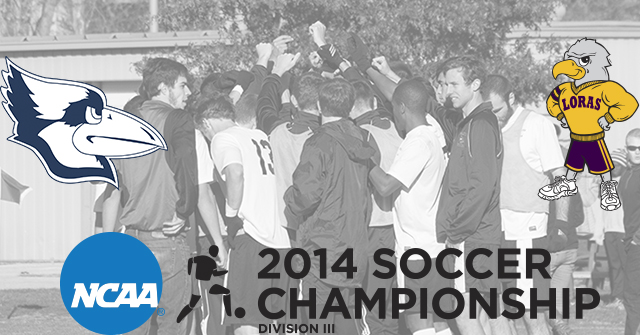 The Westminster men’s soccer team drew Loras College for the first round of the NCAA Division III Tournament. The game will be held on Saturday, November 15 at 5:00 p.m. at the Rock Bowl on Loras College’s campus in Dubuque, Iowa.

Last season the Blue Jays went to the sectionals round of the tournament, but their run ended with a 2-0 loss to Loras.

Saturday’s other game at Loras will be Gustavus Adolphus(15-4-1) and Dominican (IL) (14-5-2). Saturday’s victors will meet in the second round on Sunday, November 16 at 5:00 p.m. with the winner advancing to the NCAA Sweet 16 the following weekend.

Tickets for the games will be $6 for adults, $3 for seniors (55+), military personnel, and students. Gates will open at 4 p.m. on Saturday.

This weekend’s games will be available to watch online at  http://www.duhawks.com/live.