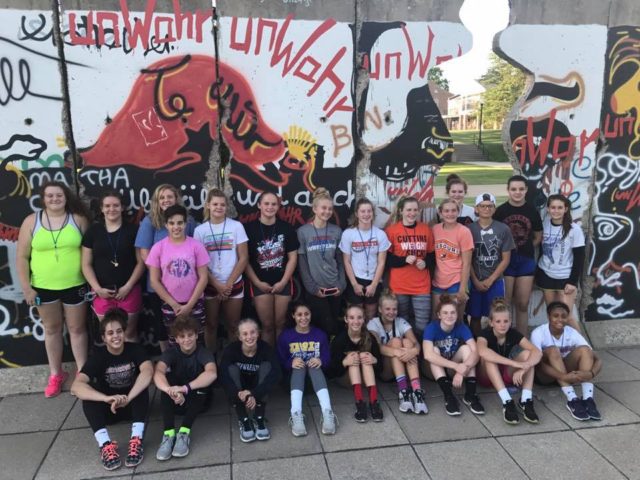 A group of young women athletes who just spent five days on campus at Westminster are keeping Westminster Head Wrestling Coach Mike Eierman busy these days responding to emails and Facebook messages as to how they can get more information about attending Westminster.

From July 11-17 the Missouri Women’s High School National Wrestling Team was on campus for a National Team Camp.  They trained with Westminster wrestling coaches Mike and Tony Eierman at the Eierman Elite Wrestling team facility in nearby Millersburg, toured campus buildings and classrooms, visited the National Churchill Museum, and were housed in The Churchill Quadrangle.

Team members were so highly impressed with Westminster’s new wrestling program, rich history, beautiful and accessible campus, and warm hospitality that Coach Eierman has been flooded with communications about enrollment at  Westminster and a camp next summer on campus.

“I have between 100 and 125 new Facebook friends as a result of this national camp,” says Coach Mike Eierman.  “These young women and many of their parents had visited four to five other schools, but they fell in love with Westminster.”

Coach Eierman singled out Diane Hammerstone, Coordinator of Events, Scheduling, Camps and Conferences,  and Fresh Ideas, the campus food service, for praise as a result of the personal attention and care they provided for the campers.

Coach Eierman is busy preparing for the first year of men and women’s wrestling programs at Westminster.  “I am so excited for the upcoming season,” he says.  “Westminster has a great family atmosphere and I am really enjoying what I do here. I am confident our wrestling programs are going to be a big success in the years to come.” 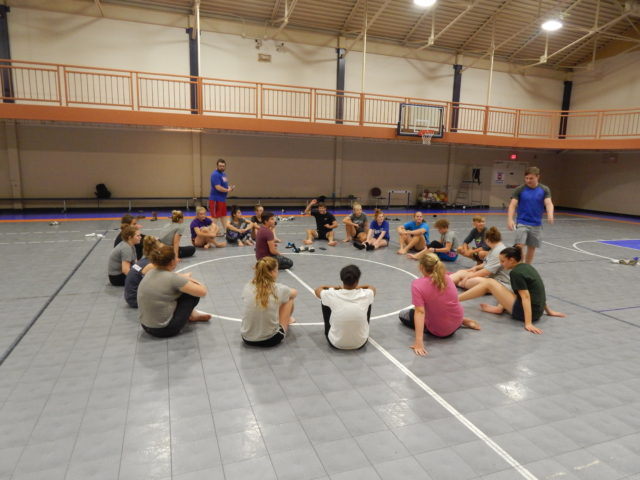