Miller and Collins Named SLIAC Players of the Week 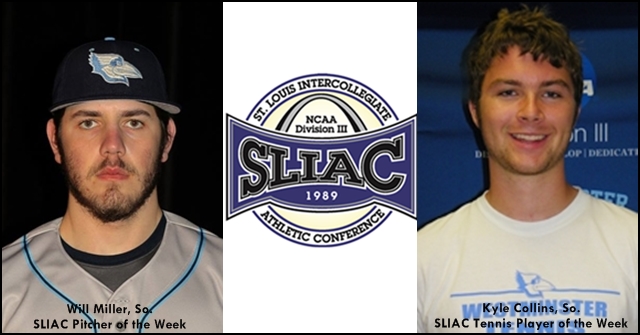 Collins, a sophomore from St. Louis, Mo. (Priory HS), is the SLIAC Men’s Tennis Player of the Week. Collins won all six matches on the week, including three singles and three doubles victories. Playing at #4 singles against Greenville, he won 6-4 and 6-3, and against Webster, he recorded a 6-4, 6-2 win. He then moved up to the #2 spot against Fontbonne where he won 6-0 and 6-1. In doubles action, Collins won 9-7 against Greenville, 8-2 against Webster and 8-0 against Fontbonne.