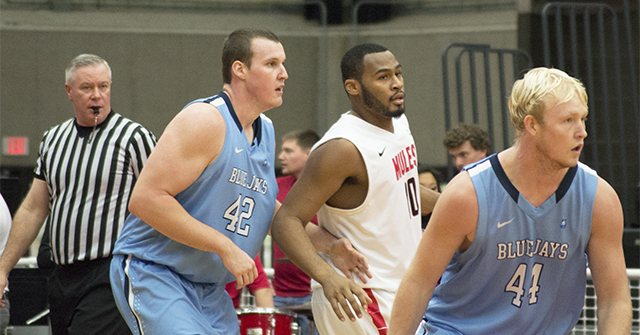 The Westminster men’s basketball team slipped to Greenville on Saturday afternoon, 73-62. The Westminster Blue Jays are now 1-5 on the season and 0-2 in conference play.

The Greenville Panthers took a 13-0 run to start the game throughout the first six minutes of the game. Senior Verdis Lee Jr. put the first points on the board with a bucket and a made free throw, but the Panthers scored four more points before the Blue Jays attacked the hoop again.

Lee Jr. and senior Brandon Moore owned the basket the rest of the half, scoring 9 and 13 points, respectively. Freshman Tanner Cochran hit two from the foul line to give the Blue Jays the 29-27 advantage heading into halftime.

Lee Jr. led the Blue Jays with 21 points. He went 7-7 from the foul line and pulled down five rebounds. Moore added 19 points while going 5-8 from beyond the arc. Junior Jordan Jensen pulled down five boards.