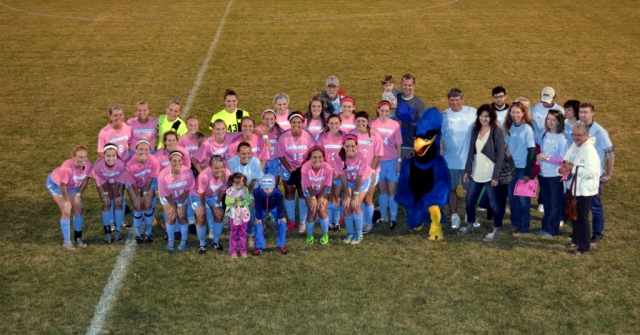 On Saturday, Sept. 26, the Westminster women’s soccer team hosted their “Play For K. Schimmel” game to celebrate the life of Kathy Schimmel (senior Ashley Schimmel’s mom) and raise money to support underprivileged youth soccer through the Arkansas State Soccer Association and the American Cancer Society through the “Real Men Wear Pink” campaign. In total the team raised over $2,000.

At the end of the game lanterns were released by players and fans in remembrance of lost loved ones. 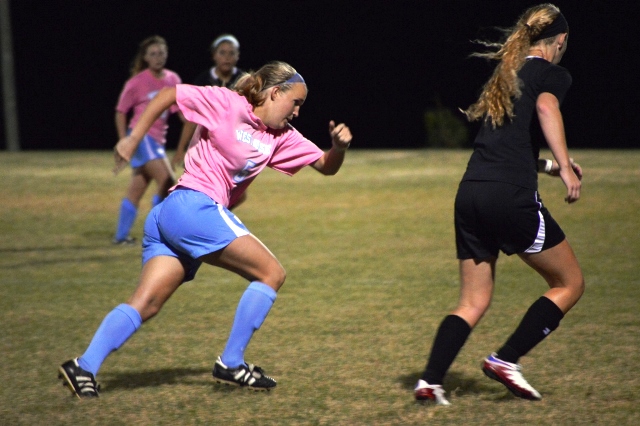 In a fitting tribute, Schimmel (above) scored the first goal of the game around 12 minutes in. Freshman Courtney Whitlock scored the Blue Jay’s second goal late in the game. The Westminster Blue Jays shut out the Fontbonne Griffins, 2-0, to start the conference 1-0. Their record is now 3-4-1 in the season.