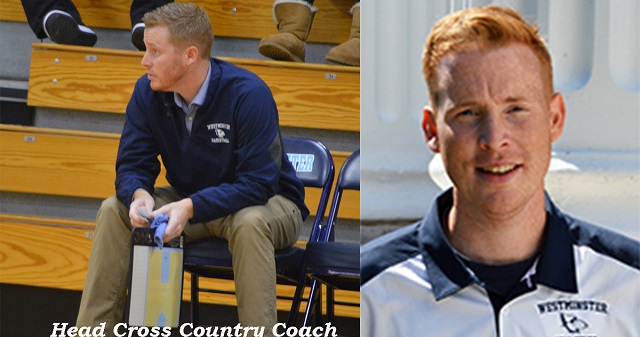 “I am very excited to take over the cross country program at Westminster,” said Green. “This being my fifth year at school and fourth year in Division III athletics, I am up to the challenge of building a strong cross country culture and fielding a competitive team year in and year out.”

In the last five years, Green has also served as the Head Women’s Golf Coach and an admissions counselor. In his roles, Green has demonstrated his skills in recruiting excellent students to Westminster College.

Prior to his experience in NCAA Division III athletics and Westminster, Green was the Head Cross Country Coach and Northwestern High School in Missouri, where he coached two state qualifiers.

“My experience recruiting committed student-athletes as well as my time recruiting in the admissions department will be an asset moving forward,” added Green. “My focus will be identifying strong students that are passionate runners. The disciplined mentality of a cross country runner fits the mission of liberal arts and becoming leaders on our campus.”

He finished his bachelor’s in history from Central Methodist in 2009, and completed his master’s in Education, Curriculum & Instruction in 2014 from William Woods University.  He and his wife Marilyn live in Fulton with their dog Pearl.

“I want to thank President Lamkin and Director of Athletics Matt Mitchell for giving me this opportunity,” said Green. “I truly believe Westminster has the academic and athletic prowess to attract quality cross country student-athletes.”