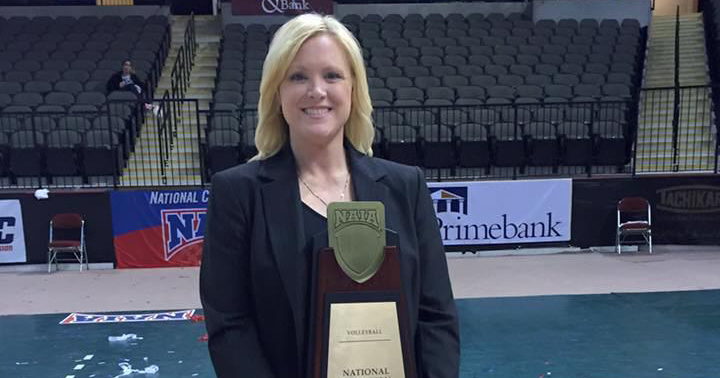 Former Blue Jays Volleyball Coach Melinda “Minnow” Wrye-Washington will be inducted into the prestigious Missouri Sports Hall of Fame at 1 p.m. on Nov. 3 at the Holiday Inn Executive Center in Columbia, MO.

Presented by the Great Southern Bank, approximately 20 individuals and organizations will be officially enshrined in the ceremony. The event begins with a reception at noon. 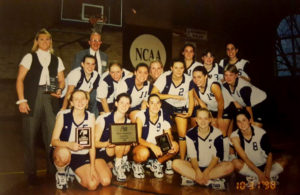 During her tenure at Westminster, Wrye-Washington was twice named SLIAC Women’s Volleyball Coach of the Year. She coached the Blue Jays Volleyball team to the SLIAC Championship in both 1998 and 1999, taking the team to their first ever NCAA National Tournament. 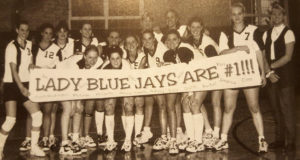 “I am thrilled and honored to go into the Hall of Fame with such a great class,” Wrye-Washington says. “And I’m thankful for all of the great administrators I have worked with, the student-athletes who I had the opportunity to coach and the wonderful coaches and mentors who have surrounded me all of my life.”

Wrye-Washington currently is the Varsity Volleyball Coach and Assistant Athletic Director of the Eldon Mustangs in Eldon, MO. She previously served as Head Volleyball Coach for the Cougars at Columbia College from 2000 to 2019, where she also graduated with a bachelor’s degree in 1995. Wrye-Washington earned a master’s degree in education in 2006.

At Columbia College, Wrye-Washington maintained a record of 719-112 (.865). She remains the program’s all-time wins leader. She took the Cougars to the NAIA national tournament in every season that she coached, including seven NAIA National Championship title match appearances and two NAIA national titles in 2001 and 2015. Upon departure from Columbia College, she was listed as the winningest coach in the country by win percentage in the NAIA.

Wrye-Washington was All-State Athlete in three sports — volleyball, basketball and track — at Eldon High school, where the volleyball team went to four state tournaments. After graduating from Eldon, she played three seasons at the University of Missouri-Columbia, where she was team captain, and a spring All-Big Eight selection. Transferring after a coaching change, Wrye-Washington played her final season at Columbia College, where she became the program’s first ever 1st Team All-American, leading the team to its first ever National Tournament .

Wrye-Washington is a proud member of a vibrant Westminster family. Her two children, Michael, ’17, and Madison, ’20, both are graduates of the College. Her daughter-in-law, Sadie Theroff-Washington, ’16 ΚΚΓ, also is an alumna. In addition, Wrye-Washington’s spouse is Blue Jays Head Football Coach John Welty. She is the daughter of Dr. Fletcher and Cindy Lamkin.