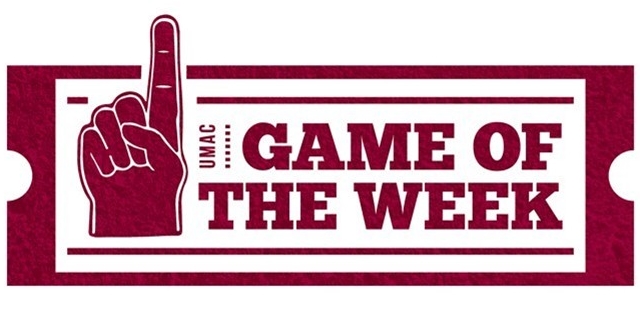 ST. PAUL — The Upper Midwest Athletic Conference (UMAC) Game of the Week is a feature that takes place each week throughout the conference portion of the season with one contest being selected and highlighted as the UMAC Game of the Week.

This week’s UMAC Game of the Week will take place on Saturday, September 27 when Westminster College hosts the College of St. Scholastica in week three of UMAC football action. Both teams head into Saturday looking to remain undefeated in conference play after strong starts to the 2014 season. Kickoff is scheduled for 1 p.m. Saturday at Priest Field in Fulton, Mo.

About the Blue Jays
After a 2-0 start in conference play on the road, the Blue Jays finally return home to host the College of St. Scholastica in their first home conference match-up of the season. The Blue Jays head into Saturday’s game with a 2-1 overall record, and they look to take home a win after four years of being defeated by the Saints.

The Blue Jays graduated five UMAC All-Conference selections from last year. They did return senior quarterback Joe Plassmeyer, who has dominated the conference this season with 852 passing yards. He is sitting at a 61.59 completion percentage (80-130) with 6 touchdowns.

Also returning this season is a 2013 All-UMAC Second Team wide receiver selection, Mike Washington. Washington is averaging 10.3 yards per reception and has two touchdowns on the season. Joining the team this season is freshman running back Latif Adams; he is currently leading the team in rushing yards with 273 and is averaging 7.4 yards per carry.

About the Saints
The St. Scholastica football team takes a 10-plus hour trip to Fulton, Missouri this Saturday. This will be the second out of state trip for the Saints this season as they defeated Iowa Wesleyan two weeks ago down in Mount Pleasant.

Saturday’s game will feature the top passing team in the UMAC in Westminster against the top pass defense in the league in the Saints. The CSS defense is allowing only 115 yards per game through the air and have recorded a conference-high 10 sacks. The Saints are 4-0 all-time against the Blue Jays. Both home contests against Westminster have been Homecoming for the Saints and the average margin of victory in those games has been 22.5. In the two games at Priest Field, CSS’ margin of victory has been 9.5 points.

– Quarterback Tyler Harper is 10 completions shy of the program record for pass completions held by Alex Thiry (339). He went over 4,000 career yards passing last week against Crown, becoming only the second CSS QB to do so.

– Westminster senior quarterback Joe Plassmeyer currently leads the UMAC in passing yards per game with 284 yards, almost 80 yards more than the next best.

-In the second and third quarters of the first three games, the Saints have out-scored their opponents 103-12. The last two weeks, CSS has blanked its opponents 82-0 in those quarters.

– As a team, the Blue Jays are averaging 532.7 all-purpose yards per game.

-The Saints have scored 42 points off turnovers this season, while opponents have zero points off of CSS turnovers.

– The Blue Jays are leading the conference in red zone defense.

-When entering the red zone, CSS has scored a touchdown all 13 times this season. The Saints and Wilkes University (Pa.) are the only two teams in NCAA Division III to score a touchdown on every red zone opportunity. (7 minimum att.)

Tags: AthleticsFootballUMACUMAC Game of the Week