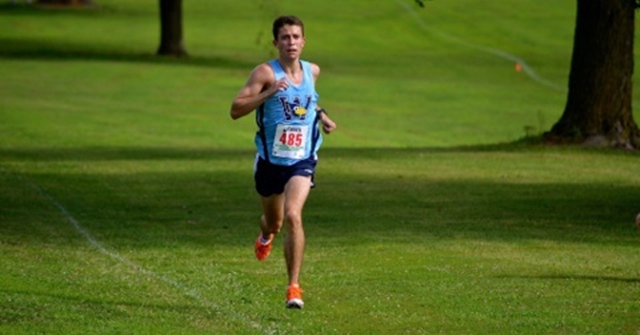 The St. Louis Intercollegiate Athletic Conference (SLIAC) announced their first Players of the Week for the 2014 fall seasons on Tuesday, September 2, and Westminster’s Jesse Edwards was among the honorees.

Junior Jesse Edwards was named as the SLIAC Men’s Cross Country Runner of the Week after a first place performance at the Eagle Invitational in Fayette, Missouri on Saturday. He finished the race with a 17:12.03 time, almost 12 seconds before the second place runner.

Edwards was also named the Westminster Male Athlete of the Week.

The men’s cross country team will compete next at the Central Missouri Mule Run on Saturday, September 13.