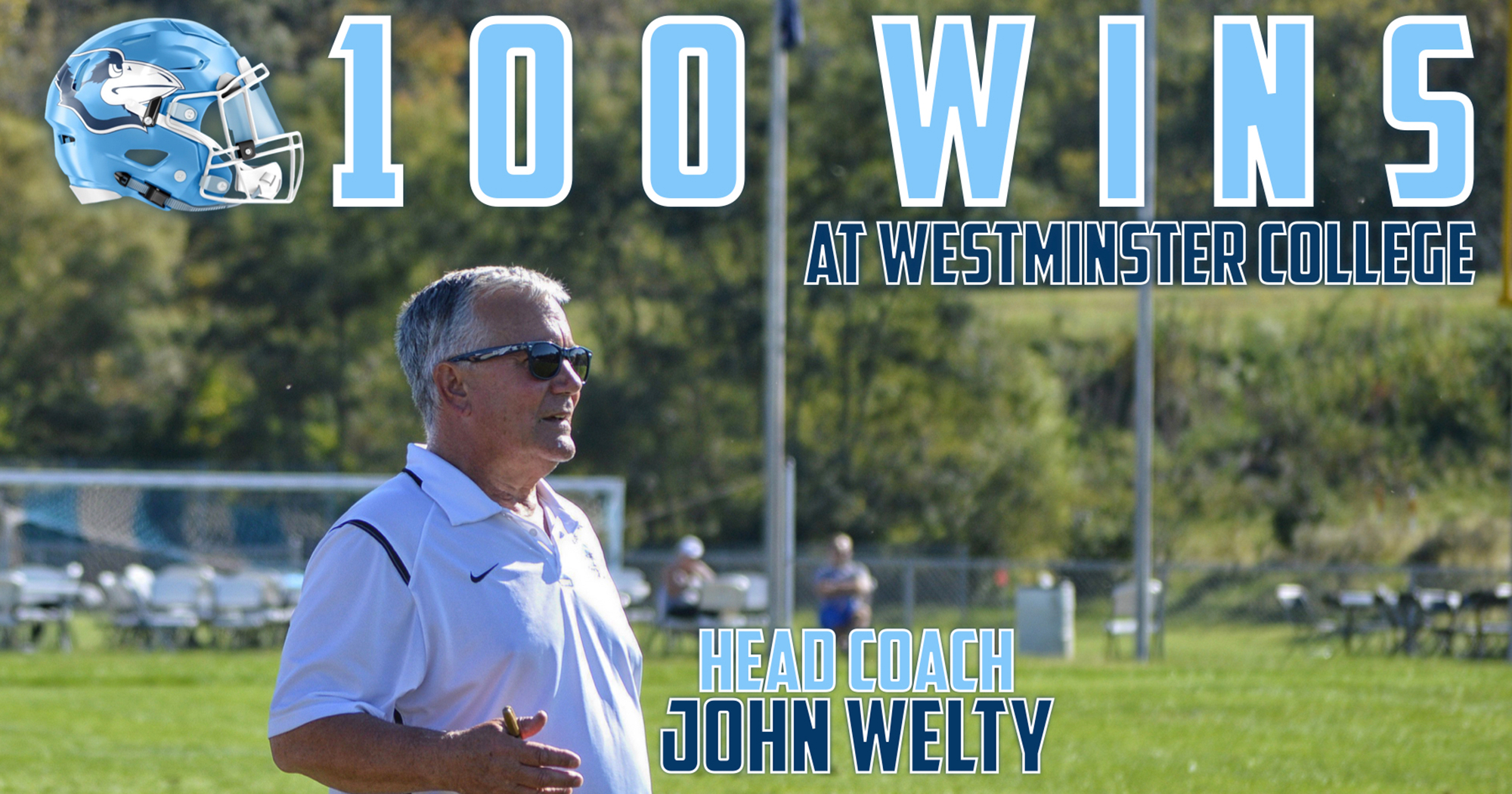 Facebook0Tweet0Pin0
By Kirsten Carney, Director of Sports Information
Westminster Football Head Coach John Welty tallied his 100th career win as a Blue Jay with the team’s Upper Midwest Athletic Conference opener against Iowa Wesleyan.
Welty has been at the helm of the Blue Jays for 21 years, with a current record of 100-97. In his long career, Welty has led his teams to two UMAC championships in 2003 and 2004, which included the UMAC Coach of the Year award in 2004. In 1999, when Westminster was still a St. Louis Intercollegiate Athletic Conference member, Welty was named the SLIAC Coach of the Year after Westminster won the SLIAC Tri-Championship that season.
Westminster recorded a dominating 35-7 victory over the Tigers Saturday for the 100th win. Read more about the game story here.