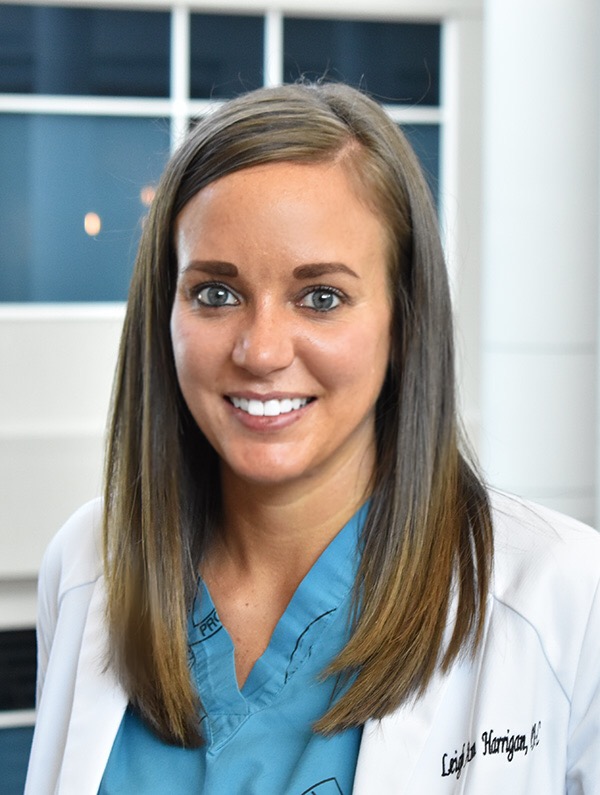 “My time at Westminster was four of the best years of my life,” said Harrigan. “I grew as a person, made some of my greatest friendships, and earned an education that has allowed me to have a successful career and work at a job I love.”

During her tenure at Westminster, Harrigan found a spot on the St. Louis Intercollegiate Athletic Conference (SLIAC) All-Conference team three times, including two First Team nods in her junior and senior seasons.

Amassing a record of 72-34 during her four years as a Blue Jay, Harrigan was part of a team that won the SLIAC regular season three times, including the only undefeated conference season in program history during her freshman year of 2010-11. Her sophomore and junior seasons marked the program’s first-ever SLIAC Tournament titles, meaning back-to-back years of an automatic NCAA Tournament bid. The team’s 22 wins during her sophomore season remains a program high. After the 2013 SLIAC Tournament, Harrigan was named the Tournament Most Valuable Player.

Harrigan remains atop the record books in several categories. During her senior season, Harrigan broke the career record for points set back in 1998, amassing a total of 1,366 points in her career, before it was topped just three years later. Harrigan holds the current records for three-pointers made in a season, going 75-202 in her junior year, and three-pointers in a career, going 245-732 over four years.

“My most valuable experience at Westminster was learning the value of being a team player,” said Harrigan. “On the women’s basketball team, in the cadaver lab, and as a part of several organizations on campus, I had daily opportunities to lead and contribute to a common goal. I grew from these experiences during my time at Westminster and continue to use life lessons I gained from being a part of many successful ‘teams’ on campus.”

As a student, Harrigan was equally successful. In her senior year, she was named to the College Sports Information Directors of America (CoSIDA) Academic All-District First Team, just one of five Blue Jays to have earned the honor. That same season, she was named to the CoSIDA Academic All-America Third Team, the lone Westminster women’s basketball player to earn a spot on the All-American squad. Harrigan also earned a spot on the SLIAC Academic teams three times and was a member of three teams that earned a place on the Women’s Basketball Coaches Association Top 25 Honor Roll. Her senior year, the team posted the top grade point average in the nation.

“The most influential person during my time at Westminster was Coach Braden,” said Harrigan. “She was the reason that as a 17-year-old, I chose to go to Westminster and looking back now, she is the reason I needed to be there. She valued discipline, character, and work ethic, and helped shape me as a person my four years there.”

After graduation, Harrigan attended Alderson Broaddus University on her path to becoming a physician’s assistant, where she also graduated with a 4.0 She is now a PA at McLeod Orthopedics in Florence, South Carolina, where she lives with her husband Luke. The two are expecting their first child.