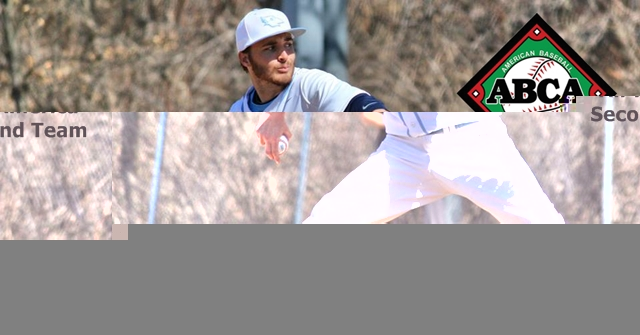 Sophomore Deion Hughes received the highest honor a baseball player can receive after a successful 2014 baseball season. After being selected to the American Baseball Coaches Association (ABCA)/Rawlings NCAA Division III Central Region First Team, Hughes was automatically entered into the pool for All-America honors. He was selected to the ABCA All-America Second Team, alongside two other St. Louis Intercollegiate Athletic Conference (SLIAC) members.

Hughes is the first Westminster baseball player to receive this honor.

Hughes was a threat on the mound and from the batter’s box throughout the season. He led the nation for two consecutive weeks for strikeouts per nine innings and is currently sitting in third with a 12.77 average. Hughes broke the Westminster season record with a total of eight wins on the season. He completed the season with a 1.94 ERA in 55.2 innings on the mound. He struck out 79 throughout the season. From the plate, Hughes hit a .361. He led the team with 48 hits and four triples, and he scored 29 runs. He also ranked second on the team with 26 RBI.

The ABCA is the primary professional organization for baseball coaches at the amateur level. The members represent eight divisions of baseball, including NCAA Division I, II and III, NAIA, Junior College, Pacific Association Division, High School and Youth.