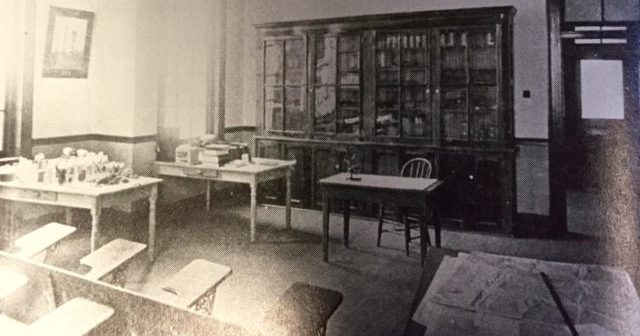 In the beginning days of Westminster, while each professor was the master of his academic domain, their students quickly learned their routines and classroom pranks were frequent. However, sometimes they backfired.

H. M. Corbett, who graduated in 1858, reported in his diary: “Some of the boys, whom I suppose were fearful of an examination in mathematics, night-before-last carried off all the blackboards on the premises and concealed them, hoping in this way to get clear of the necessity, but they were very much disappointed for the class was examined without them, and it made it far worse on the whole class.”

Strict rules of conduct did govern life outside the classroom for early Westminster students, however. The 1860 catalog said no student could have any weapon in his possession other than a pen knife. Most particularly forbidden were sword canes and pistols. Involvement in dueling was “subjects to the highest penalty.”

Card playing, betting, or gambling in any form were “strictly forbidden,” as was attendance at circuses.