From BBIC and Westminster to Aetna’s President’s Circle: Steven Lee ’08 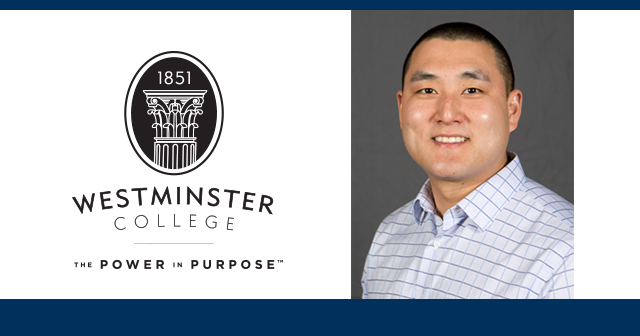 Steven Lee ’08 recently earned recognition as a member of the President’s Circle at Aetna — representing the top 10 percent of the company’s account executives. Below, Steven discusses how his Westminster experience and involvement in Blue Blazers Investment Committee (BBIC) helped lead him to his Aetna career.

Lee attended Westminster upon the recommendation of a good family friend — alumnus Brock Ayers. While at Westminster, he found the right size home to help him cultivate his leadership skills and prepare for his career.

“I get the appeal of going to a big college, but Westminster offers everything,” he says.

Lee was involved in Blue Blazers Investment Committee (BBIC) and Delta Tau Delta, served as SGA President, and more during his time on campus. His involvement in BBIC and attending the BBIC’s trip to New York City helped lead him to his current career with Aetna.

“I almost didn’t go on the trip— worried about the expense — but Brock said I had to,” Lee says. “So I went and had a good time, even though I was worried in the back of my mind. At the happy hour sponsored by Westminster alumni, I sat chatting with a lady I didn’t know about how excited I was about my upcoming interview with Aetna. When I started telling her about Aetna’s great training program, she said, ‘I’m in charge of the program.'”

Lee’s new acquaintance was Jodi Osko, the executive sponsor of the program — Her husband Ed is a Westminster alum.

From that first, impromptu interview in New York City with Osko, Lee went on for three more rounds of interviews — in St. Louis, Chicago, and Seattle — before being hired as a group sales associate. Today, he serves the company as an account executive, working with brokers who will sell Aetna employee benefits to their clients.

“BBIC is one of the most unique organizations you’ll find on any college campus,” says Lee. “It gives you practical application — You’re investing real money, not fake.”

To help establish the BBIC 20 years ago, the Westminster Board of Trustees allocated $200,000 in college endowment funds to the BBIC to invest. Since that time, the representatives of the Blue Blazers report to the Board at least twice a year on their activities and performance. The students do extensive research, and they buy and sell stock to build and manage an actual portfolio.

That pressure to perform with real money gave Lee valuable real-life experience. He now financially supports the BBIC’s trip to New York to help give Westminster students the same opportunity that he had.

“The trip is such a valuable time for networking for students,” he says. “In any industry, it’s about who you know.”

Lee says that his involvement in Delta Tau Delta also shaped who he is today, helping him learn valuable skills in working with others.

“To get along with guys in the fraternity, you have to learn to work things out — to adapt,” he says.

Westminster’s international population also helped him understand the value of diversity and appreciate others’ cultures and points-of-view.

“My roommate was from Ghana — the exposure you get to international students at Westminster is very unique. In today’s world, you need to know different cultures and how to communicate,” he says.

One of the Westminster classes which helped him hone his communication skills was Business Communication with Professor Keith Hardeman, who Lee describes as a tough but caring professor. In the course, Lee and classmates had to pitch a product to a committee — volunteers from the local business community who evaluated their presentation.

“We had to speak well, present, prepare a packet of information, create a PowerPoint, coordinate logistics, and work with a team,” Lee says about the many tasks required by the assignment. “That class and presentation alone helped me develop my career — That’s what I do now. I have to handle everything from top to bottom. It’s what you need to know no matter how high up you are.”

Lee recommends Westminster to prospective students. He credits his BBIC experiences and the alumni networking and support he received for helping him achieve professional success at Aetna.

“Alumni invest a lot of time and money for the BBIC trip,” he says, commenting on the value of the experience. “You don’t find a lot of college organizations like that, and I can’t think of anyone better than Brock Ayers — who always says, ‘What do you need? How can I help?'”

This year marks the second year that Lee has achieved President’s Circle status at Aetna.