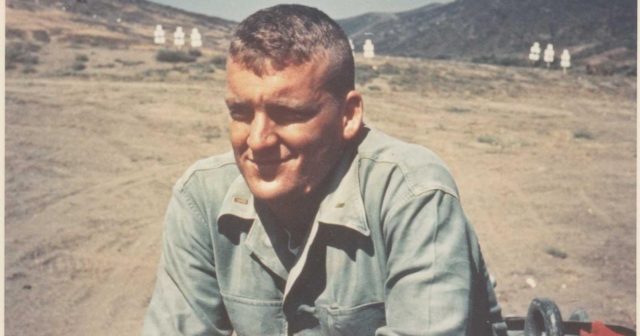 U.S. Marine First Lt. Philip H Sauer, ’65 gave his life to try to save the lives of the rest of his five-man artillery observer team on April 24, 1967, in an ambush on a wet cliff near Khe Sanh during the Vietnam Conflict.

With one comrade cut down by enemy fire, Sauer used his .45 caliber pistol to hold off 30 North Vietnamese troops heavily armed with automatic weapons and grenades to allow time for the rest of his team to escape.

Unfortunately, only William Marks of Rockport, Massachusetts, who had only met Sauer hours before the attack, survived that day to tell the story of Sauer’s heroic sacrifice.

Sauer’s story would never have been told without the dedicated efforts of retired Marine Lt. Colonel David Little because the paperwork to cite the fallen Westminster alumnus for his bravery had been lost.

Little first heard the story from Sauer’s brother Tom, who was a friend of his.

Fifty-one years to the day after Sauer’s death, on April 24, 2018, his three brothers and one sister were presented with the Silver Star Medal, the military’s third highest award for battlefield bravery, at Camp Pendleton in Oceanside, California.

Little spoke at the ceremony that day and told the crowd, “This recognition is a tribute to all Marines. Marines always remember. Marines are always faithful.”

Major General Eric M. Smith, commander of the 1st Marine Division, also spoke at the ceremony and told those gathered: “It was Lt. Sauer’s position and his responsibility to take care of the rest of that patrol, and he did that at the cost of his life. Lt.  Sauer did what was right; that’s what we expect. He did it with unbelievable courage, armed with a pistol against 30-plus enemies with automatic weapons…Who does that? Phil Sauer did that.”

Westminster graduates always lead…sometimes with the greatest of personal sacrifice. 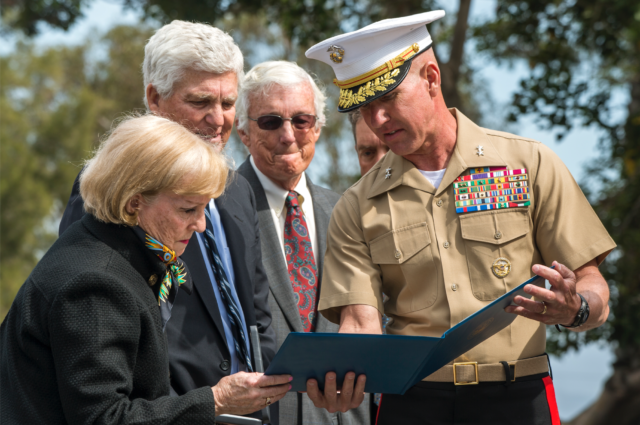