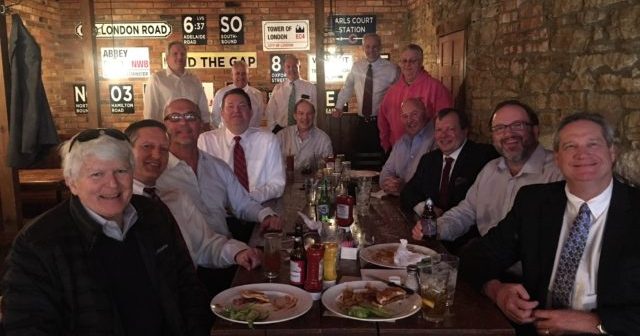 Approximately 20 of “Rosie’s boys” gathered to celebrate her life at the 1851 Underground Tap and Grill before and after her funeral visitation.

Born in Columbia, Missouri, she began working at an early age at the Kingdom Café and filled in at the Kappa Alpha house, then went on to 30 years of being a second mom to the Phi Delts.

According to Tom Clapp ’79, a Phi Delt from Fulton, Missouri, she made spectacular fried chicken and every Friday from 4:00-6:00 p.m., everyone dropped whatever they were doing to come in for a “Rosie burger.” For those two hours on Fridays, Gillette would fix made-to-order hamburgers, however each boy wanted them—extra cheese, double burger, with or without onions or pickles—and that was a special one-on-one time with each of the 70 boys in her care.

Clapp also recalls that at formal dinners, which were always delicious, the crowd would chant Rosie’s name until she came out from the kitchen to take a bow.

Gillette passed away March 1 and was laid to rest following an afternoon visitation and service March 10 at the Callaway Christian Church. 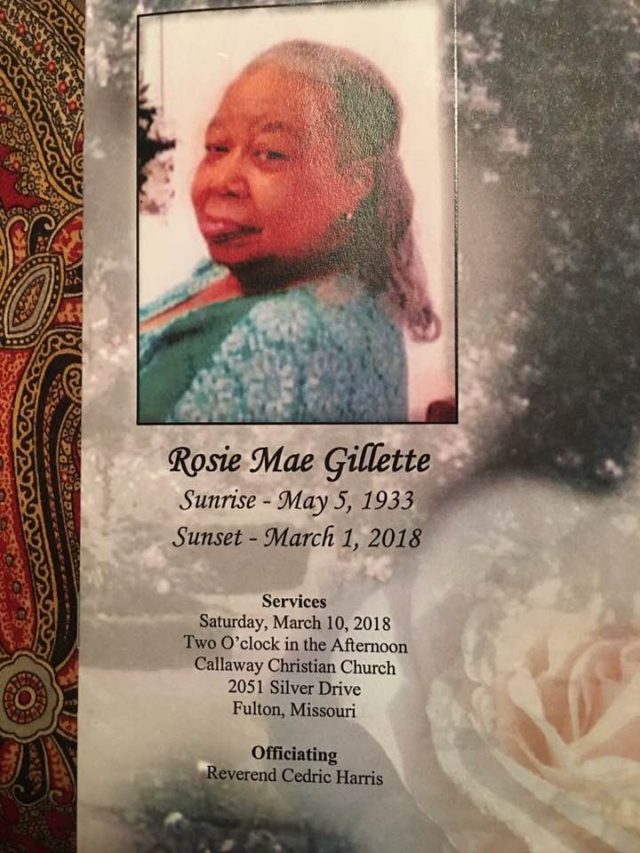