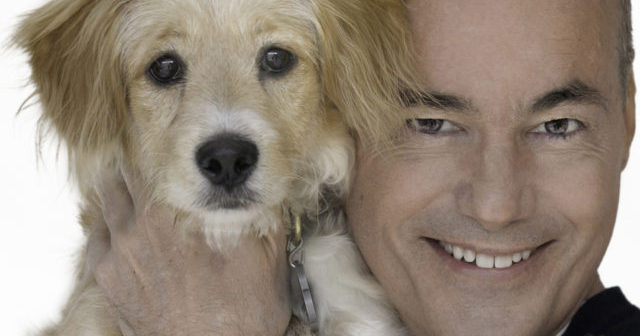 An American author, columnist and humorist, Cameron is best known for his book series A Dog’s Purpose, which and made him a #1 New York Times bestselling author as well as #1 on USA Today‘s book list.

He and his wife Cathryn Michon wrote the screenplay for the Amblin/Universal film A Dog’s Purpose (2017), which became the most successful international, live-action dog movie of all time.

“I washed up on the shores of Westminster as a high school student with a complete lack of understanding of the world,” says Cameron. “I left there as a man who understood much more about the world of men, learned from being a Sigma Chi. My fraternity taught me honor, taught me to treat people with respect, and taught me to be a leader. Some of the lessons learned in the fraternity still affect me to this day.”

The Alumni Achievement Award is presented annually to alumni whose accomplishments reflect the Westminster mission and who have distinguished themselves through personal achievements, professional achievements and /or have made significant contributions to society.

Cameron has published 15 books, which have become international bestsellers and translated into over 50 languages.

The film adaptation of his book A Dog’s Way Home will be released by Sony Pictures Jan. 11, 2019, and his film A Dog’s Journey, another Amblin/Universal Studios production, will begin principal photography this summer.

He and his wife Cathryn are screenwriters for both projects.

Cameron is currently at work on the highly anticipated novel, A Dog’s Purpose 3: A Dog’s Promise.

When asked about Westminster College, Cameron said: “The smaller classes, the intimate relationship with faculty, the Greek system, and the free and unfettered access to ideas, even if those ideas are strange, different, or objectionable, produce someone who can truly succeed in the world.”

He credits Westminster Professors Dr. Jay Karr and Dr. Bill Bleifus with being encouraging and supportive of his writing career.

Cameron will receive his award at a special Alumni Honors Convocation Ceremony to be held at 10:30 a.m. on Saturday, April 21, in the Church of St. Mary the Virgin, Aldermanbury on the Westminster campus in Fulton, Missouri. The award is approved by the Alumni Council and requires a motion and vote from the Board of Trustees for approval.  Up to six alumni can receive the award annually.