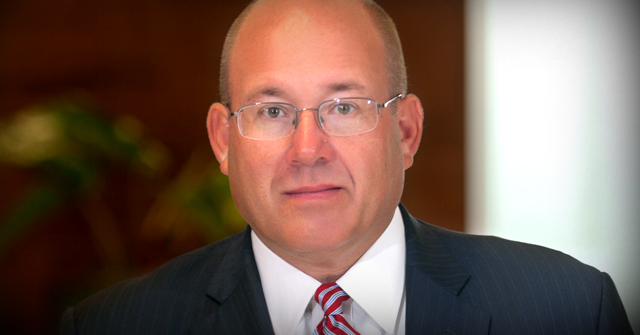 Neal Perryman from St. Louis, MO (originally from Riverside, IL), Class of 1988 and a member of the Kappa Alpha Order fraternity, will receive the Lifetime Alumni Achievement Award given at a special Alumni Honors Convocation Ceremony to be held at 10:30 a.m., April 23, during Alumni Weekend in the Church of St. Mary the Virgin, Aldermanbury on the Westminster College campus in Fulton, MO.

Perryman is a partner at the Lewis Rice law firm in downtown St. Louis. He focuses his law practice on labor and employment law, representing employers in personnel-related matters, but he also regularly practices in the areas of ERISA litigation, ‎appellate practice, complex commercial litigation, education law, and municipal law.

Perryman is also a longtime member of the firm’s Management Committee.  Thirty-eight years old at the time of his appointment, he remains one of the youngest persons to have been appointed to the Committee.

In addition, Perryman is a member of the Recruiting, Appellate Practice Review, and Diversity & Inclusion Committees at Lewis Rice.

The Lifetime Alumni Achievement Award is presented annually to alumni whose accomplishments reflect the Westminster mission and who have distinguished themselves through personal achievements, professional achievements and /or have made significant contributions to society.  The award is approved by the Alumni Council and requires a motion and vote from the Board of Trustees for approval.  Up to six alumni can receive the award annually.

“Westminster felt like home to me when I first visited,” says Perrryman.  “And that feeling only grew throughout my undergraduate years.  It still feels that way, and that experience has proven to be fundamentally important.  Westminster taught me leadership skills and it instilled in me a great interest in being curious and in continuing to learn.  I believe this foundation has served me well in my professional, civic and personal life.

Perryman has successfully litigated and tried cases, and argued appeals, in a number of jurisdictions on behalf of his clients. Among others, in 2008 as lead trial counsel, Perryman gained one of the first defense jury verdicts in Missouri under the (then new) lower causation standard for Missouri Human Rights Act cases.

More recently, in 2014, he won on appeal in a Title IX case of national significance, having represented the defendant-university as lead counsel in both district court and on appeal.

Perryman’s peers selected him for inclusion in The Best Lawyers in America® 2013- 2016 and Missouri & Kansas Super Lawyers®  2008- 2015, and he was among the “Top 50” St. Louis area Super Lawyers®  for 2011 and 2012, receiving one of the highest scores in the selection process in each of those years. The St. Louis Business Journal named Perryman among the “40 Under 40” Class of 2006, and he is a fellow in the Trial Lawyer Honorary Society of the Litigation Counsel of America.