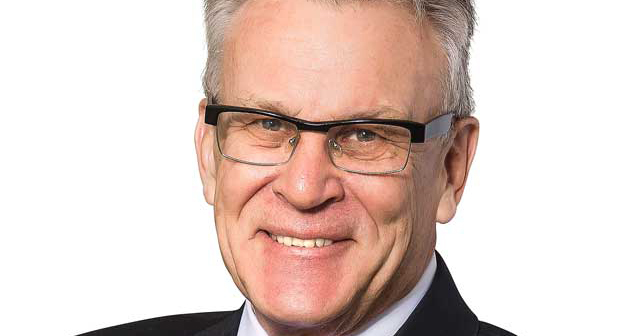 John Elrod from Fayetteville, AR, Class of 1968, and a member of the Beta Theta Pi fraternity, received a Westminster College Lifetime Alumni Achievement Award on Saturday, April 29, during the college’s Alumni Weekend.

Elrod has been a member of the Westminster Board of Trustees since 2007.

A distinguished attorney, Elrod has focused his legal practice on litigation and dispute resolution. His clients have ranged from multinational corporations to small businesses and individuals.

“Westminster was the perfect transformative institution to prepare me for law school and real life,” says Elrod.

He began as a deputy prosecuting attorney in Benton County, AR and later spent many years with his family’s law firm in Siloam Springs, AR. In 1995, he joined the northwest Arkansas team of Conner & Winters, a Tulsa-based law firm with offices in six cities in the Southwest and Washington, D.C.

In 1993, Elrod became a Fellow in the American College of Trial Lawyers, and in 2014, he was honored with the Richard S. Arnold Lifetime Achievement Award for Distinguished Service by the Eighth Circuit Court of Appeals Bar Association.

He has also worked to help his region flourish through the growth of locally based companies such as Walmart, Tyson Foods, J.B. Hunt and Simmons Foods; the expansion of the University of Arkansas campus in Fayetteville; and the emergence of nationally recognized cultural institutions.

Elrod received his award at a special Alumni Honors Convocation Ceremony held on Saturday, April 29, in the Church of St. Mary the Virgin, Aldermanbury on the Westminster campus in Fulton, MO. The award is approved by the Alumni Council and requires a motion and vote from the Board of Trustees for approval. Up to six alumni can receive the award annually.

Founded in 1851, Westminster College in Fulton, MO is one of the top liberal arts colleges in America, according to major educational ranking firms, including U.S. News & World Report, Forbes magazine, The Princeton Review and Washington Monthly. Westminster is a challenging academic environment where students are educated to lead and inspired to achieve. Ninety-six percent of Westminster graduates start their first job or enroll in graduate or professional schools within six months of graduation.

To find out more about Westminster College, go to http://www.westminster-mo.edu/.