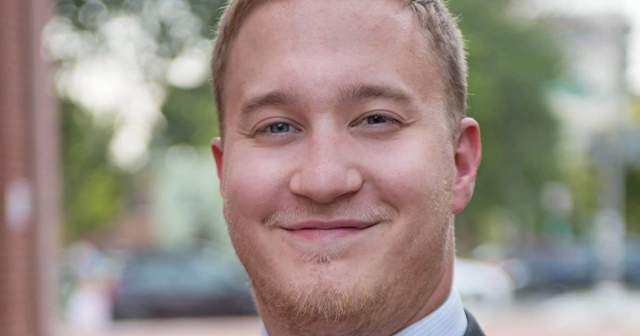 The personal interest of Westminster alumni in helping the College’s graduates be successful when they walk through The Columns following commencement is legendary.  The remarkable fact that 96% of Westminster graduates start their first job or enroll in graduate or professional schools within six months of graduation does not happen just by coincidence.  Proactive alumni play a significant role.

One of the most recent success stories is Caleb Herr ’17 from O’Fallon, who graduated in May and is now living and working in Washington D.C. as a Digital Media Technical Specialist.

During his time at Westminster, Caleb gained a unique skill set, thanks to work opportunities in the Information Technology and Marketing Departments. Before graduation, his major responsibilities were updating and providing new information to the Westminster web site and representing as he puts it “a student voice” in marketing decisions by the department.

In June, Caleb was providing technical support for the Summer Alumni Retreat, and he filmed a presentation by alumnae Sara Hart Weir ’04 (Kappa Kappa Gamma), president of the National Down Syndrome Society (NDSS). NDSS is the largest nonprofit in the United States dedicated to advocating for people with Down Syndrome and their families.

In passing conversation, Caleb mentioned that, upon graduation, he planned to move to Washington, D.C. to look for work. Sara was so impressed with Caleb’s abilities and engaging personality that once she returned to Washington, D.C. where her central office is located, the idea began to form that Caleb might be a good fit for their organization.

Sara called Caleb the week after the Alumni Retreat with the news that NDSS had a job opening and asked if he would be interested in applying.  In a matter of weeks, Caleb was working in Washington, D.C., maintaining the NDSS website and providing technical support for the wide range of the Society’s affiliates across the country.

Because the organization works with its affiliates so closely, Caleb’s job requires a great deal of travel. Soon after he started, the entire NDSS team flew to San Diego for a meeting.

“Washington, D.C. is a great city and a young people’s city, so I look forward to the opportunity to network and connect with many interesting people,” says Caleb. “I also want to learn more about government and advocacy to understand the way policy and politics work.”