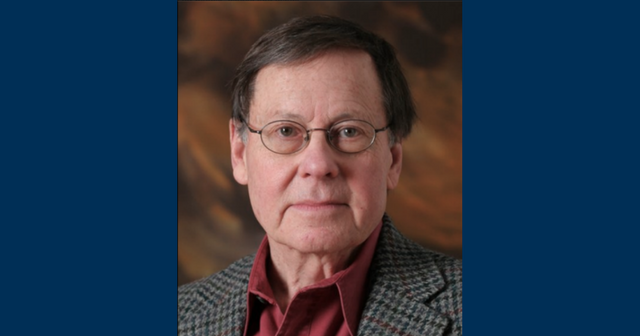 The veteran journalist, teacher, and author Giles Fowler will receive an Alumni Achievement Award on April 21 from his alma mater, Missouri’s Westminster College. The ceremony will take place during the college’s Alumni Weekend on the Fulton campus.

The award is presented annually to Westminster alumni who have “distinguished themselves through personal or professional achievements and/or made significant contributions to society.”

Fowler, a member of the school’s class of 1955 and the Beta Theta Pi fraternity, was a longtime writer for The Kansas City Star, where he began work as a reporter, advanced to become theater and film critic, and finally served as editor of the newspaper’s Sunday magazine. Following his newsroom career, Fowler took up teaching, first as a “visiting professional” at Kansas State University’s journalism department, then at Iowa State University’s Greenlee School of Journalism. He retired in 2003 and continues to make his home in Ames, Iowa.

Fowler’s exit from academia was not the end of his lifelong calling as a writer. In 2009, he published a book recounting the century-old alleged murders of Kansas City philanthropist Thomas Hunton Swope and two members of his family, one of them a Westminster alumnus. While most of Fowler’s work has been devoted to newspaper journalism, he also has published fictional short stories, reviews and academic research articles in a variety of other journals. Recently, he completed a “work of love,” his memoir dedicated to his four children.

After receiving his undergraduate degree at Westminster, Fowler went on to earn his Master’s degree at the Columbia University Graduate School of Journalism. Later in his career, he rounded out his life in newsrooms by taking a year’s leave of absence to work as a reporter for the distinguished British newspaper, The Times of London.

Asked about Westminster’s influence on his professional careers, Fowler said the college, then as now, “offered teachers excited to teach and comrades excited to learn.”  The school’s “mysterious alchemy,” he said, was “a blend of close mentoring by a strong faculty, plenty of encouragement, and lively social weekends for winding down.”

The key role of a classic liberal arts education was to inspire young people to seek vibrant, creative, fulfilling lives, he said. “Who knows?” he added.  “At Westminster, the magic worked.”

Fowler’s family has deep ties to the school. An ancestor, the Rev. John Montgomery, was president of Westminster during the Civil War. The roster of students over the decades has included his maternal grandfather, his father, the late Kansas City Star editor Richard B. Fowler, one brother, a cousin and a great uncle.

Fowler will be presented his award at 10:30 a.m. in the historic Church of St. Mary the Virgin, a place of worship designed by the famed British architect, Christopher Wren. The structure was gutted by a German bomb during World War II and was moved stone by stone from its original London site to the Fulton campus.

Founded in 1851, Westminster is rated among America’s top colleges by ranking publications such as U.S. News and World Report, Forbes Magazine and the Princeton Review.  The college is also where British leader Winston Churchill, in 1947, delivered his prophetic “Iron Curtain” speech, warning of Soviet Russia’s increasing threat to the Free World.