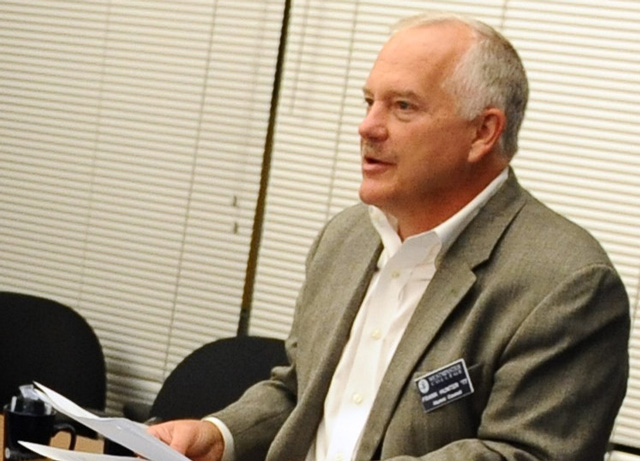 Frank Hunter from Woodbury, MN, Class of 1977, will receive the Lifetime Alumni Achievement Award at the Alumni Honors Convocation Ceremony to be held at 10:30 a.m., April 25, during Alumni Weekend in the Church of St. Mary, Aldermanbury on the Westminster College campus in Fulton, MO.

Hunter is Midwest Region Vice President of Curtis 1000 Inc., a business communications company, headquartered in Duluth, GA, which has been operating continuously since 1882. His 32-year career with Curtis 1000 Inc. has spanned 10 different positions, beginning as a sales consultant in Kansas City, MO, and involved four relocations.

Hunter’s uncle (Class of 1904) persuaded him to leave his small town in Florida to move to Missouri and go to Westminster, saying the school would ‘make a powerful impact on him.”

“That one decision profoundly changed my life,’ says Hunter. “While at Westminster, I met my wife of 37 years.  I made friendships in a fraternity that I still have today.  I developed self- confidence to see how I could impact others as a leader.  I applied the skills and traits gained at Westminster to the development of a successful career.”

Hunter’s family is one of the many Westminster family legacy success stories.  Four generations of Hunters have graduated from Westminster, beginning with Frank Allen Hunter in 1874.

“When our oldest child began her college application process, we knew Westminster would be a place where she could thrive,” says Hunter.  “My wife and I have now seen all three of our children walk through The Columns as graduates. I’ve had the pride of watching my children’s personal and professional success, which we credit to their education and experiences at Westminster.”

Hunter is Vice President of the Westminster Alumni Council, a position he has held since 2013.  He has been a member of the Council since 2010.

He received his degree in political science at Westminster and was a member of the Sigma Alpha Epsilon fraternity.

The Lifetime Alumni Achievement Award is presented annually to alumni whose accomplishments reflect the Westminster mission and who have distinguished themselves through personal achievements, professional achievements and/or have made significant contributions to society.