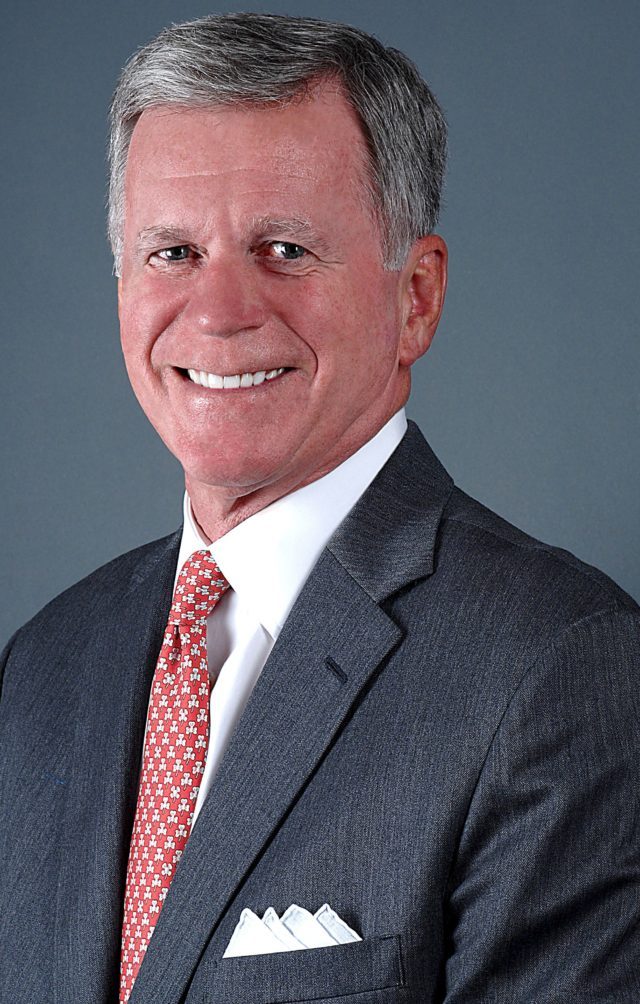 Retired banking executive Bob Muehlhauser from Pleasanton, CA, Class of 1968 and a member of Sigma Chi fraternity, will receive a Westminster College Alumni Achievement Award on Saturday, April 13, during the College’s Alumni Weekend.

Muehlhauser retired as Executive Vice President of Bank of America and Managing Director of Banc of America Securities after an impressive career in global corporate and investment banking.

During his career he has also had responsibilities for strategic planning, marketing, and client management.

“I was one of the students who took that initial walk through The Columns with no clear career objectives,” Muehlhauser says of his time at Westminster.  “Four years of exposure to our liberal arts faculty and multiple opportunities outside of the classroom for personal growth provided me with a solid foundation upon which to build.  As I look back on my career, the most successful people I hired for our teams were those who had breadth of perspective, solid interpersonal skills, determination and resiliency.”

Muehlhauser joined the Westminster College Board of Trustees in 2000 and was Board Chair from 2011 to 2013.

He was awarded the Distinguished Trustee Award in 2015 by his fellow Trustees in recognition of his leadership over six years as a board officer.

In addition, Westminster awarded Muehlhauser an honorary doctorate in 2014.

He has also been an advisor to the Wallace H. Coulter Foundation.

“Regardless of their on campus activities or intended career path, we encourage our graduates at Westminster to seek leadership roles,” says Muehlhauser.  “Given Westminster’s intimate size and commitment to student development, there are multiple opportunities to begin to strengthen skills in and out of the classroom.  I am proud that Westminster’s mission includes developing basic leadership skills that will be valuable regardless of career path.”

Muehlhauser will receive his award at a special Alumni Honors Convocation Ceremony to be held at 10:30 a.m. on Saturday, April 13, in the Church of St. Mary the Virgin, Aldermanbury.  The award is approved by both the Alumni Council and the Board of Trustees. Up to six alumni can receive the award annually.