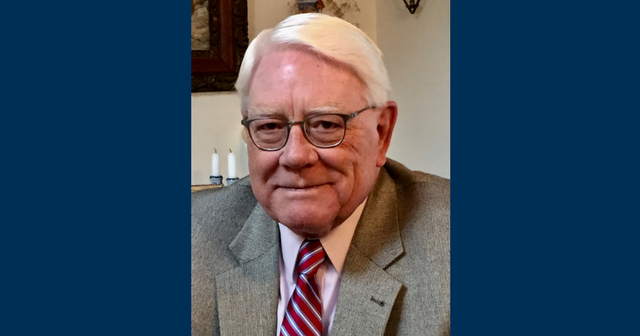 Boyce is a retired journalist and communicator whose last position was as Public Relations Vice President for AT&T Consumer Products (1994-1998), the unit that developed, sold and serviced residential and small business telephone hardware products.

The Alumni Achievement Award is presented annually to alumni whose accomplishments reflect the Westminster mission and who have distinguished themselves through personal achievements, professional achievements and/or have made significant contributions to society.

“I learned a lot at Westminster, but most importantly, I learned to love learning,” says Boyce. “That love of learning has served me well personally and professionally for 50 years.”

Prior to his work with the AT&T Consumer Products unit, Boyce worked for four years (1990-1994) as Public Relations Vice President for AT&T Bell Laboratories, the company’s research and development arm of 26,000 scientists and engineers.

From 1988-1990 he was Public Relations Vice President for AT&T’s Business Communications Group and from 1986-1988 he served as the executive speechwriter for AT&T’s Chairman and Vice-Chairman.

Other positions at AT&T included director of employee information (1982-1986) and a variety of professional and supervisory assignments for the company (1971-1979) principally in employee communications and media relations.

In between those periods, for three years (1979-1982) Boyce was director of corporate affairs for Potomac Electric Power Company, which is responsible for electric utilities in the metropolitan Washington, D.C. area.

His first employment was as a reporter and later editor for the Kansas City Star (1965-1971). He began working summers and holidays at the paper while he was still a Westminster College student.

When asked what makes an individual successful, Boyce answered: “Success to me is touching other’s lives in a positive way.”

Boyce will receive his award at a special Alumni Honors Convocation Ceremony to be held at 10:30 a.m. on Saturday, April 21, in the Church of St. Mary the Virgin, Aldermanbury on the Westminster campus in Fulton, Missouri. The award is approved by the Alumni Council and requires a motion and vote from the Board of Trustees for approval.  Up to six alumni can receive the award annually.