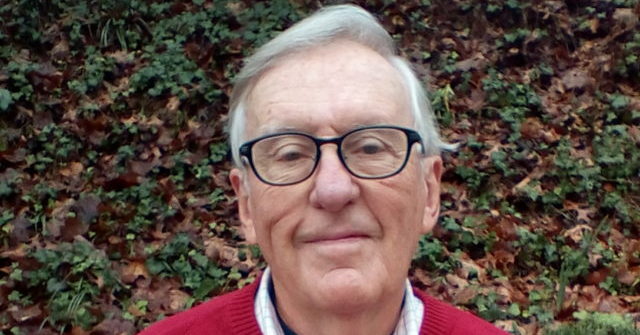 Dr. Bill Elsea from Atlanta, Georgia (originally from Kirksville, Missouri), Class of 1955, and a member of The Highlanders fraternity, will receive a Westminster College Alumni Achievement Award on Saturday, April 21, during the college’s Alumni Weekend.

Since 1965, Dr. Elsea has taught a variety of students including medical, nursing, public health and social work students, public health and medical residents, and graduate students working on masters and doctoral theses in classrooms, health departments, and the field.

The Alumni Achievement Award is presented annually to alumni whose accomplishments reflect the Westminster mission and who have distinguished themselves through personal achievements, professional achievements and/or have made significant contributions to society.

“Westminster is relatively small enough that students can find their place with others and committed, knowledgeable faculty, with good spiritual foundation, all helping them find their best way,” says Dr. Elsea. “I learned about ‘servant leadership’ at Westminster and have tried to provide that in my career as a public health director.”

When asked what success meant to him, Dr. Elsea said:  “having loving, meaningful relationships with family and many others, and doing what I can to help the rest of the world’s people, especially their health (physical, mental, and spiritual).”

His first job was as an Epidemic Intelligence Officer with the Center for Disease Control in Atlanta, Georgia (1960-1961).

In 1962 he worked as a Peace Corps physician in Sierra Leone, West Africa.

Then he took a position as Director of the Division of Epidemiology and Communicable Disease Control for the Erie County Health Department in Buffalo, NY (1963-1964).

Over the following years, he worked as Clinical Assistant Professor for the Department of Preventive Medicine (1965-1967) and the Co-Principal Investigator of the Vaccine Evaluation Center (1966-1967) as well as Deputy Commissioner of the Erie County Health Department (1965-1967).

From 1967-1971 he was Director of the Lexington/Fayette County Health Department and a part-time Associate Professor of the Department of Community Medicine at the University of Kentucky Medical School in Lexington, Kentucky.

His next positions were Commissioner of Health for the Cincinnati Health Department and Adjunct Associate Professor at the University of Cincinnati Medical School in Cincinnati, Ohio (1971-1974).

From 1974-1993 he served as Commissioner of Health for the Fulton County Health Department in Atlanta, Georgia, with a joint appointment as Clinical Professor for the Department of Community Health and Preventive Medicine at Morehouse School of Medicine (1975-1990).

The research Dr. Elsea conducted during his years of medical work focused in the area of applying epidemiologic methods to the investigation of infectious diseases and public health problems, and the analysis of public health and medical care systems.

He holds a medical degree from Washington University School of Medicine and a master of public health from the University of Michigan School of Public Health.

“My pre-Med course with Dr. Cameron Day at Westminster was most interesting and helped me solidify my interest in biology and medicine, and was most important in getting me into a top medical school,” says Dr. Elsea. “The comradery with my fellow pre-med students was most helpful. Dr. Day’s influence and courses made a great difference. I developed a life-long interest in reading—especially science and literature.”

Dr. Elsea will receive his award at a special Alumni Honors Convocation Ceremony to be held at 10:30 a.m. on Saturday, April 21, in the Church of St. Mary the Virgin, Aldermanbury on the Westminster campus in Fulton, Missouri. The award is approved by the Alumni Council and requires a motion and vote from the Board of Trustees for approval. Up to six alumni can receive the award annually.