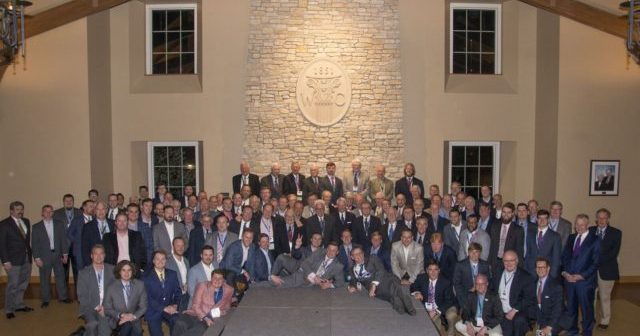 The Alpha Delta Chapter of Beta Theta Pi celebrated the 150th anniversary of its founding at Westminster College on April 21 during Alumni Weekend with a banquet in the Backer Dining Room.

James D. Flink ’83 from Columbia, MO served as Master of Ceremonies for the event, which drew 220 people. 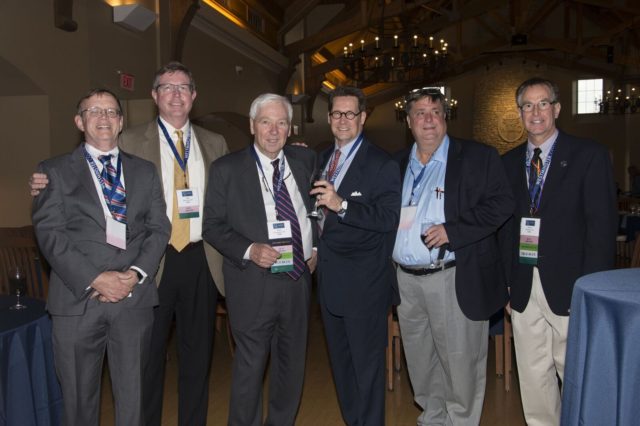 “Just as you cannot go wrong if you remain true to the principles that founded Beta Theta Pi, we cannot go wrong as a College if we remain true to principles that led to our establishment 167 years ago,” President Lamkin told the gathering. “We are here to build leaders of character, and our fraternity system is a vital part of that mission. We greatly value all you do to serve this campus and this community, and we want to be your partner in standing for the principles we both cherish.” 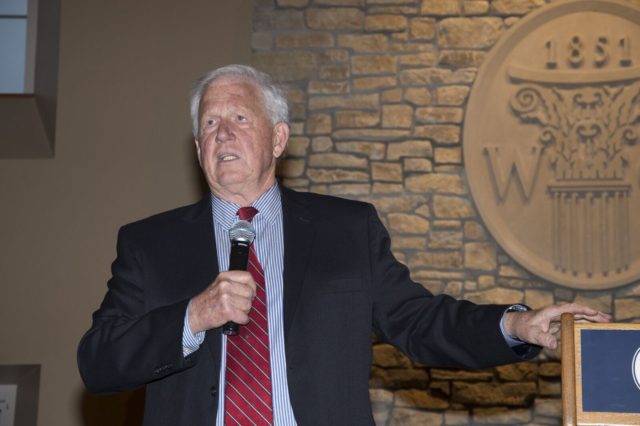 Past Chapter President Benjamin C. Davis ’18 from Jefferson City, MO gave a history of Alpha Delta, describing its leadership training and Beta Foundation work as well as a thank you to the Trustees.

Chapter Counselor Shawn Manning ’07 from O’Fallon, MO introduced the advisory team and emphasized how important it is for alumni to become involved. 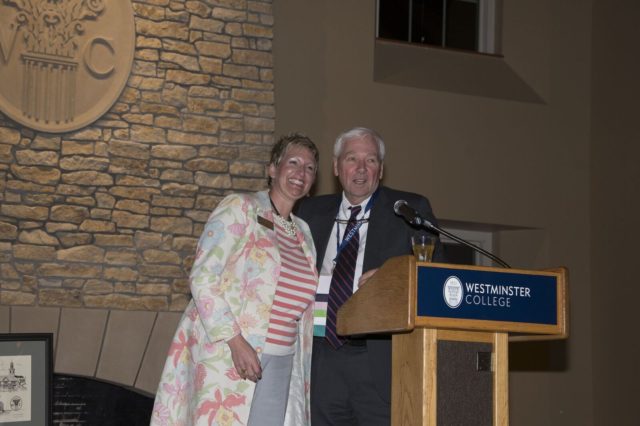