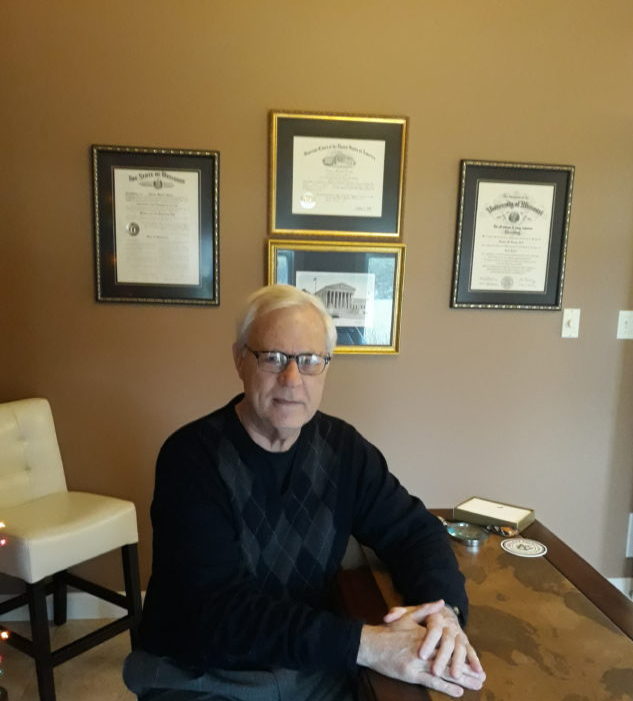 As many of you know, Westminster alumni are more involved than ever in bringing prospective students to events and on campus visits to learn the Westminster success story.  Several weeks ago, Westminster alumnus Tom Dunlap, ’71 offered to share his personal story of the role Westminster has played in his life for the reading pleasure of other alumni and a motivational piece for student recruitment.  As Tommy put it: “One benefit of having retired from law practice (a profession once described to me as a ‘jealous mistress’) is having the time to write for pleasure.”  Below is Tommy’s story in his own hand.  He invites you to share yours:

This is My Story; Come Write Your Own

First, this preface: Education has been important to my family.  Great-great-great Uncle David Dunlap came to education when he lost his frontiersman livelihood as well as his left leg when bucked from a horse.  Thereafter, known as ‘Peg Leg,’ he taught in Kentucky, South Carolina, and the first school in Fulton, Missouri.

For me, it began with Clarence Keel, recruiter, Westminster College.  He told me that Westminster wanted me to come to school there.  Really, me?  I’d leaned toward chemical engineering or journalism – neither an option at Westminster.  Indecision stared into and out of my eighteen-year old eyes.

My dad’s friend told him that he felt sorry for anyone who didn’t attend the University of Missouri.  I became the object of his pity because a sunny Saturday visit to the Westminster campus combined with an in-home recruitment by student, Allen Hall, clarified my choice; and, in the fall of 1967, I became a member of the Westminster College class of 1971.

Vietnam was 8500 miles from the Columns on the Westminster Hill, yet it lurked in Blue Jay minds across campus.  My ancestors had historically met the military call.  My great-great-great grandfather, Robert Spence Dunlap, came from County Antrim, North Ireland, and served as a soldier of the American Revolution.  My father, Mitchell Dunlap, was a World War II veteran.  While at Westminster, I came to know and admire the ROTC cadrẻ.

Yet, I simultaneously learned the cultural, political, and military tapestry of Southeast Asia, balancing that knowledge with the ‘Domino Theory’ espoused in Washington by the military/industrial complex.

I came to Westminster, unmolded.  I read and listened to the speeches of Martin Luther King Jr. and sat with him in a Birmingham jail through an enlightened guide, Speech Professor Calvin Stoney.  American Government unfolded through the Korean-American lens of Professor Peter Kim.

Dr. William Parrish was my first real instructor of History.  Slight, black bow tie, and a voice that commanded the room.  Vicksburg has since been a part of me.  Have you ever seen a grown man’s eyes twinkle as he recited the verse of a Romantic Poet?  I have: the kind, effervescent Dr. Leon Wilkerson, Professor, Westminster College Department of English.

Now, to be clear, these men didn’t seek to indoctrinate me.  Rather, they applied stamps to my passport, while I chose my destination.  The Westminster faculty enabled me to look at, see, and know the fields they had mastered.  I had the opportunity to ready, write, and speak of things previously unclear, made clear.

Here, I found that misnomer – a ‘Liberal Arts Education.’  In reality, these teachers equipped students to read broadly; think critically; write with logic, precision, and feeling; and, speak with clarity and conviction – regardless of major field of study.  Over time, I developed the tools to lead my own mind and soul.

Although my professors are gone from Westminster, their successors are no less dedicated and inspired.  The learning laboratory is open and percolating.

I want to assure you that Westminster was not limited by its classroom walls.  Opportunity for leadership, service, friendship, and experience abounded.  Hendrix, Joplin, Johnny Cash, and the White Album (before re-mix and re-master) sang and danced me four years – and beyond.  I got to practice leading, following, and compromising at Sigma Alpha Epsilon, the Inter-fraternity Council, ROTC, the Student Judicial Board, and Skulls of Seven.  I sang fraternity songs, chanted Greek yells, and recited The True Gentlemen (Google it) and meant it.

We played IM football fast, fierce, and proud.  I saw Rod Mohler shed his gold bath robe and pin a fraternity jock in the first 30 seconds during intramural wrestling.  We went hoarse and deaf.

We rejected hazing, honored Mom Burton, and treated the Little Sisters of Minerva with respect.

When I gather with my Westminster friends, the conversation begins without preliminaries.  Nicknames prevail.  It’s just like walking back into the living room after supper.  Yet, nearly 50 years have passed.

By the Spring of 1971, a newly commissioned Reserve Army second lieutenant couldn’t serve for two years on active duty, much less lead an infantry platoon in Vietnam.  My plan was changed for me.  But, in four years, I’d become a choice maker.  My Westminster cohorts were on their way to becoming ‘doctors and lawyers and such’.  Dr. John Randolph had infused me with enlightened self-interest.  So, I took the LSAT, scored high enough for acceptance at the University of Missouri-Columbia School of Law (I bet my dad told his friend), graduated, and practiced law for 40+ years.  I thought critically, every day.  I wrote to inform and persuade, every day.  I used the skills learned and nurtured at Westminster, every day.  And, I’m not finished using them, yet.

I’m not a paid spokesman.  I’m an historical source.  Email me if you like.  I’ll send you my cell  number.  Call me.  I’ll talk with you.  Maybe you will want to try my school and write your own story.