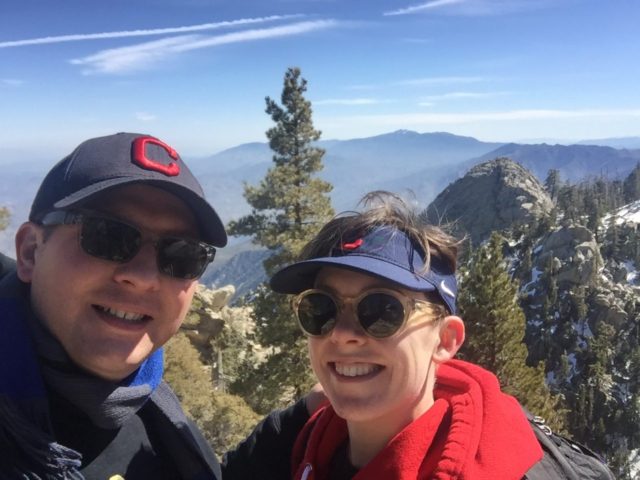 Erin Luke ’05 and Jonathan Todd ’03 found more than a stellar liberal arts education and their professional purpose while studying at Westminster College. They found love and wed in 2007. Today the two are a powerful duo of corporate lawyers who fight legal cases individually by day and binge-watch indie films together by night.

A conversation about their Westminster love story and current life together in Cleveland, OH, is a back-and-forth exchange sprinkled with legal terminology, facts about construction and government regulations, global supply chains, movies, and cats. “We have a beautiful cat named Salvador Luke-Todd,” Luke explains. 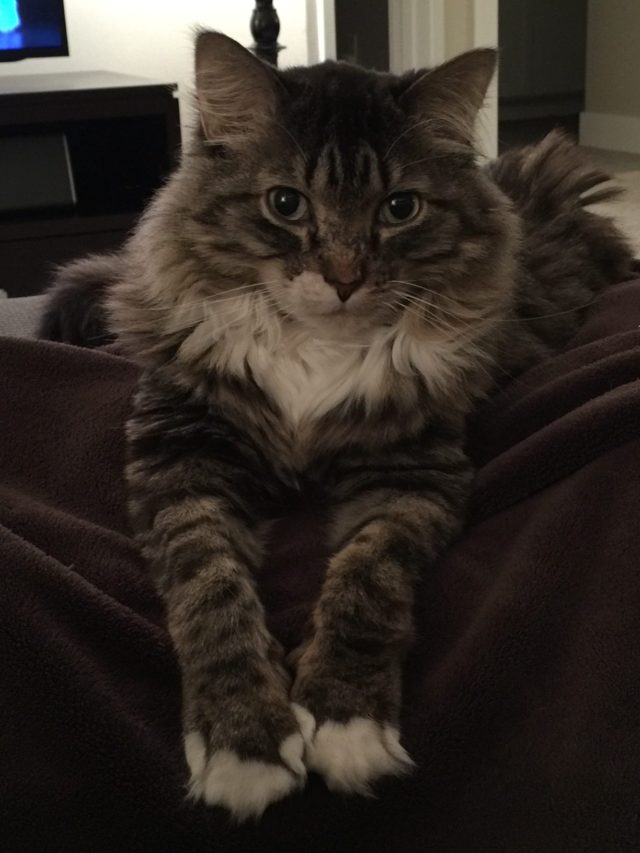 “He has been our friend and companion through many journeys,” Todd adds.

Their journeys began with the same triple majors while at Westminster: Political Science, Philosophy, and Religious Studies. Luke and Todd also were both Emerson Fellows. The couple met at a barbeque in 2001 and have been together since 2002. And while the two grew up differently — Luke moved a lot as the daughter of an Air Force officer until finally settling outside of Little Rock, AR, and Todd grew up with roots firmly planted in St. Louis, MO, — that’s where the dissimilarity ends. Both graduated with Juris Doctorate degrees from St. Louis University with an emphasis in International Law in 2008. Todd also received a Master’s in Business Administration with an emphasis in Supply Chain Management in 2013. He became licensed as a U.S. Customs Broker in 2012 and received an APICS Certified Supply Chain Professional designation in 2015. Luke holds a certificate in Taxation.

Their complex degrees and certifications led to similar careers and recent notable awards. This year, Luke was made a partner in the Construction Practice Group at Thompson Hine LLP and was named a Next Generation Construction Lawyer by Legal 500. She is one of only five attorneys in the nation with the honor. Todd practices law with the Transportation & Logistics Practice Group at Benesch, Friedlander, Coplan, & Arnoff – a firm that has consistently been ranked the number one United States practice in his field by U.S. News & World Report. He currently serves three executive appointments: the U.S. Transportation Secretary appointed him to a federal advisory committee focused on transportation regulation, the U.S. Commerce Secretary assigned him to a district export counsel focused on growing the export trade, and Ohio Governor John Kasich recently added Todd to the Executive Order of the Ohio Commodores, a group that targets economic development.

The couple describe their profession with affection and pepper their conversation with words such as “excitement” and “strategize” in describing what they do each day. “The legal world is full of action,” Luke says.

And action is something Luke and Todd also seek outside of work. The dynamic legal duo enjoy desert hiking and recently scaled the three-thousand-foot Flatiron Mountain outside of Scottsdale, AZ. They also hang out at classic rock concerts, seeing both The Eagles and Fleetwood Mac this year. “Far out, Man,” they both say with a laugh.

The couple also become animated when asked about their favorite Westminster memory. Todd says their relationship and one particular professor were the most important to him. “Meeting Erin stands undoubtedly at the top of the list,” Todd says. “And Dr. Rich Geenen’s philosophy classes were the very best learning environment ever, hands down.”

“Oh Jon’s so sweet! And he stole my line,” Luke adds. “Rich Geenen’s classes were definitely formative, empowering, and challenging. I felt like I developed special powers and thought differently after taking those classes.”

Although entrenched in legal work and no longer hanging out in Emerson Hall to study philosophy together, Luke and Todd wax philosophical when discussing their favorite films, which currently for Luke is Interstellar, and for Todd, The Assassination of Jesse James makes the top of the list.

Together, Luke and Todd finish each other’s sentences when describing their favorite movie quotes, which also happen to point to their careers and philosophies of life. “Most of our day-to-day conversation is probably rooted in a movie reference,” Todd says. “You think movies like The Big Lebowski will fall out of your consciousness, but they don’t: It’s a league game, Smokey.” 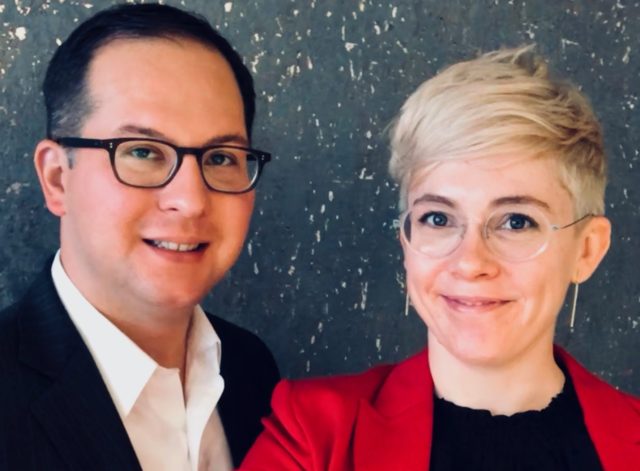