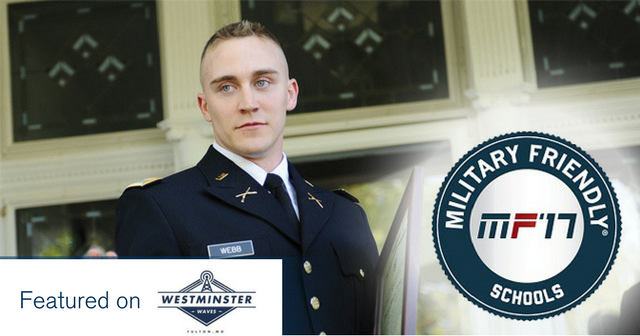 Hear this story on the Westminster Waves podcast.

Westminster College announced the reinstatement of their U.S. Army ROTC program in partnership with Lincoln University (LU) of Jefferson City, MO after a 26-year hiatus.

The official ribbon-cutting ceremony and reception will be held at 4 p.m. on Wednesday, May 3, in the atrium of the Coulter Science Center.  Westminster President Dr. Benjamin Ola. Akande will give opening remarks at the ceremony followed by remarks from Major General(Retired) Byron Bagby ’78 and Lt. Colonel L. Trice Burkes, Professor of Military Science/Army ROTC Department Head at Lincoln University.

“We are excited about bringing back a strong ROTC program to Westminster,” says Westminster President Dr. Benjamin Ola. Akande. “We will encourage our admission counselors to get the word out about this new program and its advantages for students, including the potential for full college tuition scholarships. Our advisors will be encouraged to enroll students in our military science classes. The LU Cadre will also work with Westminster Admissions and Student Life to conduct recruiting events at campus functions and be available to answer questions.”

Freshman and sophomore classes will be taught at Westminster with a Wednesday lab at Lincoln. Then students will go to Lincoln for their junior and senior year ROTC classes.

Four-year tuition scholarships will be available for all students entering the ROTC program. To be eligible for the scholarships, students must complete a national submission process by the end of their high school senior year.

Westminster is also exploring how it might replicate Lincoln’s secondary scholarship program to help cover room and board and offer monthly stipends to some students.

Westminster first made a bid for an Army ROTC unit in the midst of the Korean War.  President Truman’s aide and Westminster Trustee Major General Harry H. Vaughn (who also convinced Truman to invite Churchill to Westminster for his “Iron Curtain” speech) persuaded President Truman to endorse the idea of a Westminster unit in a letter to the U.S. Army and the announcement was made at the 1952 commencement ceremony. That fall the inaugural program was launched and Westminster became the smallest four-year private college to have a ROTC unit. Freshmen and sophomores were required to participate in the program.

Westminster’s ROTC program thrived until the early 1980s. Declining enrollment and military budget cutbacks brought the program to an end. Although individual students have been commissioned over the past 25 years through a cooperative program with the University of Missouri, Westminster commissioned its last group of officers in the spring of 1991. At the commissioning ceremony, Lieutenant Colonel Steven Remley, ’73 said to the audience: “Westminster proved the point that leaders come from all backgrounds and that dedicated service need not be the product of large institutions.”

With its new Army ROTC program, Westminster will set out to prove that point once more.