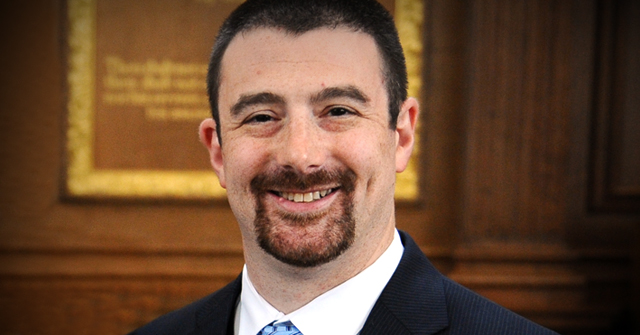 Dr. Daniel Jackson, Westminster Class of 2004, will be the featured speaker in Champ Auditorium at 3:30 p.m. on Saturday, August 15, for New Student Convocation on the campus of Westminster College.

Dr. Jackson is an Assistant Professor of Obstetrics and Gynecology for the Division of Maternal Fetal Medicine at the University of Missouri Women’s and Children’s Hospital.

In this position he is responsible for the care of women with pregnancies complicated by additional maternal diseases or disorders and fetal anomalies. He is also actively engaged in medical student and resident physician education and clinical research.

Dr. Jackson chose a career in academic medicine because of his love of teaching, a love that was nurtured in great part by the dedication and enthusiasm of his professors at Westminster.

“My time at Westminster set the foundation for any professional success I have had to this point,” says Dr. Jackson.  “In the classroom I developed into a lifelong learner based on the example set by outstanding professors such as Doug Fickess, Jeff and Kath Mayne, Michael Amspoker, Tammy Stiller and countless others.  This same faculty also taught me how to take a challenge and treat it as an opportunity for personal and academic growth.”

He just completed a Fellowship in Maternal Fetal Medicine and a Master’s degree in clinical and translational science at the University of Oklahoma in June.

This past spring he was awarded the Young Alumni Achievement Award at Westminster’s Alumni Weekend.

Dr. Jackson has been involved with Westminster continuously since his graduation.  He has served for several years as the Chapter Advisor for Delta Tau Delta, taught a medical physiology class at Westminster during his residency and has mentored and written letters of recommendation for several students who are currently in medical school and residencies across the country.

In 2008 he obtained his M.D. from the University of Missouri and completed a residency in obstetrics and gynecology there in 2012.   While fulfilling his residency, he was chosen by fellow residents and faculty as Chief Resident.

Dr. Jackson is a 2000 graduate of Jefferson City High School.

He is a member of the Delta Tau Delta Social Fraternity where he served as Academic Chair, Assistant Treasurer and Treasurer.