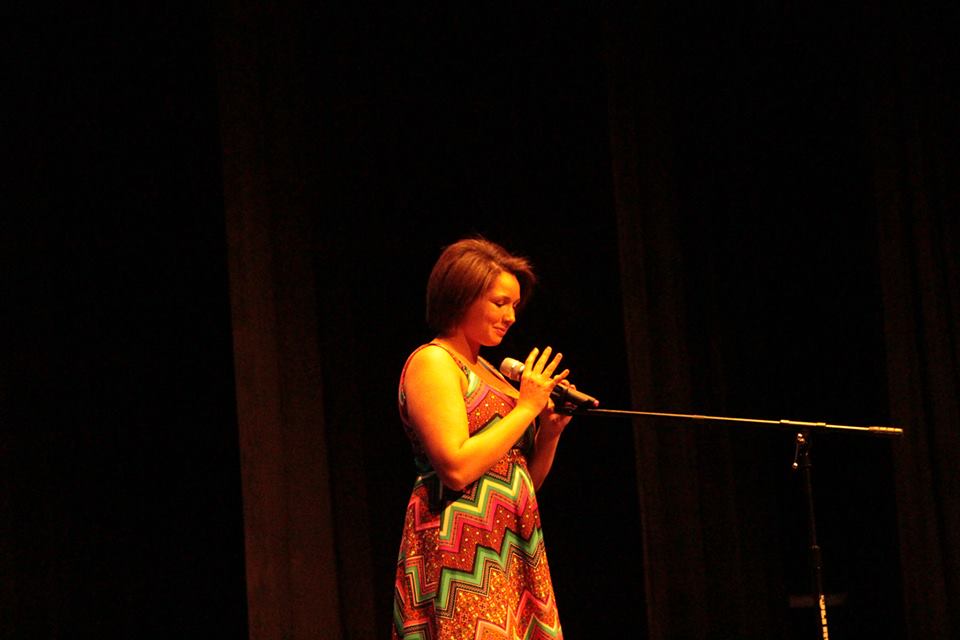 Pictured above: Tayisah Pohtos ’16 giving a performance that would win her first place at the 2015 Talent Show.

In high school, Tayisah knew she was going to go to college. Attending Rosati-Kain Catholic High School, an all girls’ preparatory academy, going to college was a given. Everyone did it. But Tayisah was a trailblazer in another sense: none of her family members had ever been to college before her.

Her mom is a single mom with four kids, Tayisah being the oldest. Born and raised in St. Louis, Tayisah definitely sees her mom as a hero.

“Everything I am is because of her, and the foundation she provided for me,” she says.

A member of the military, her mom is Tayisah’s inspiration for college. Tayisah also found herself being a leader to her younger siblings, helping her mom around the house while she worked hard to support them.

Tayisah says going to college alone has been a bittersweet experience. She can’t look to her family for advice, but she has also had the freedom to set her own expectations. “You know, there’s no pressure to be a doctor, or something,” she says. “Because I’m the first one.”

She is looking forward to mentoring her sister next year, who plans to attend Westminster in the fall.

Even though she can’t get advice from her family, Tayisah says she has found a second family at Westminster. The admissions office has helped her figure out things like financial aid forms for the first time, and she knows she can count on them for guidance. Tayisah says she is glad to be at Westminster where she can have a customized experience with her degree.

Currently a junior, Tayisah is working toward a self-designed major in Organizational Leadership. She plans to go on to achieve a Master’s degree in Transformation Leadership and hopes to give inspirational speeches through the National Speech Association to change the lives of others. Tayisah also plays on Westminster’s soccer team and may have an opportunity to play in England the summer after she graduates. 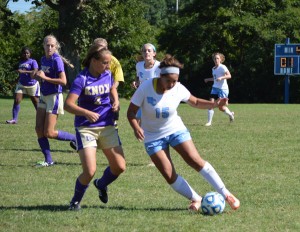 Tayisah’s greatest piece of advice to others?

“You never know when your time is up, and you have more control than you think. Live every day. Even if you do the same thing, that’s fine. But do it intentionally,” she says. “Don’t live your life on a treadmill.”

Through her dedication and passion for life, Tayisah certainly demonstrates those values herself.